Almost half of those polled want the status of Russia-occupied districts in Donetsk and Luhansk regions to be decided in a national referendum. 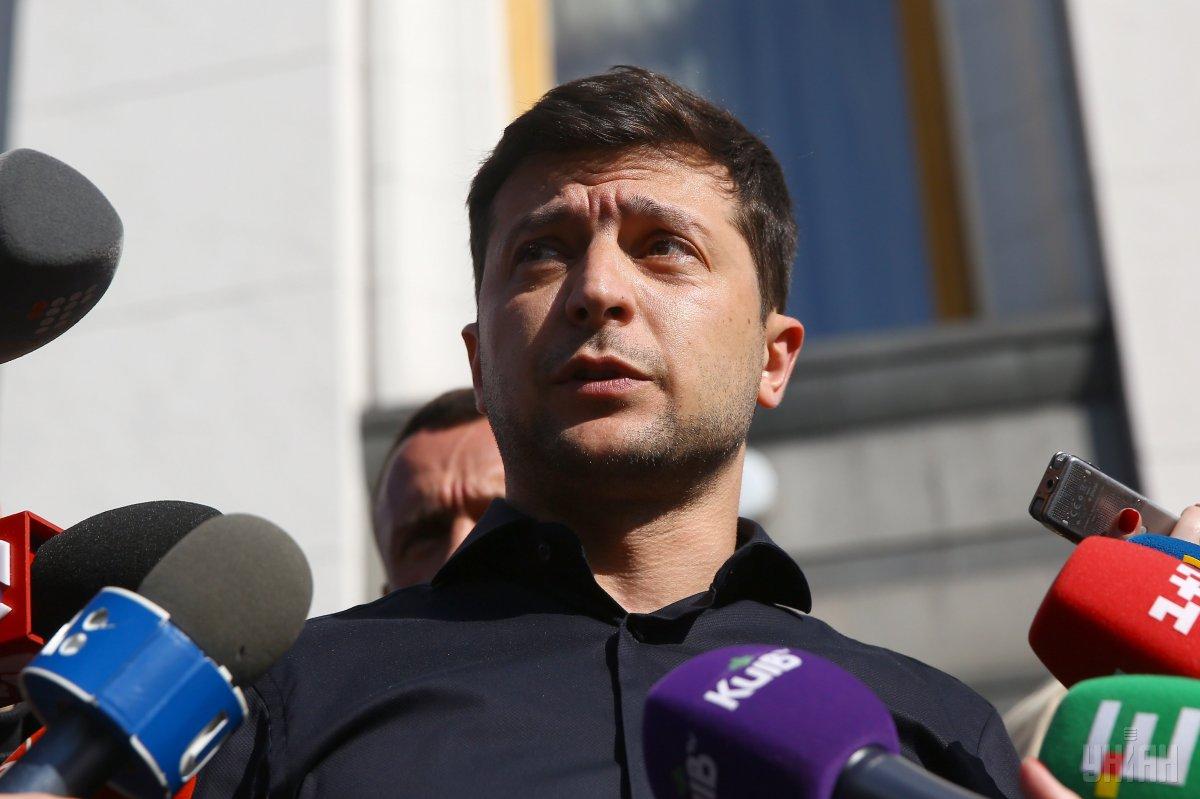 Some 75% of Ukrainians believe that President-elect Volodymyr Zelensky should engage in direct dialogue with representatives of the Russian Federation to bring peace back to Donbas, eastern Ukraine.

These are findings of a poll presented by the Social Monitoring Center, the Ukrainian Institute for Social Research named after Oleksandr Yaremenko, and the Rating Sociological Group at a press conference in Kyiv, according to an UNIAN correspondent.

Almost half of the respondents (49.2%) believe that the issue of the status of the Russia-occupied districts in Donetsk and Luhansk regions must be decided in a national referendum.

In addition, 65.3% of respondents affirmatively answered the question whether Ukraine should make compromises for the sake of restoring peace and retaking its territory.

"Some 75% believe that the president of Ukraine should enter a direct dialogue with the Russian Federation for the sake of establishing peace in the east of the country: 50.8% answered 'definitely yes' and 'rather yes' was the answer of 24.2%. Some 16% disagree and 9% are undecided," the findings say.

Also, more than half (55.4%) of respondents believe that the president of Ukraine, in order to establish peace in the east of the country, should engage in direct dialogue with "leaders" of the so-called "Donetsk People's Republic" ("DPR") and "Luhansk People's Republic" ("LPR"). Every third respondent (32.7%) disagrees with the statement, the rest (11.9%) hesitate to answer.

What is more, the idea of "Granting these territories a special status that provides for autonomy within Ukraine" as an option for solving the problem of uncontrolled territories of Donetsk and Luhansk region received the highest level of support (39.9%). This option prevails in all regions except the west of Ukraine.

Some 18.5% of those polled agreed with the idea of "Official recognition that these territories cannot be returned to Ukraine in the coming years and their isolation." Somewhat lower support (17.3%) was given to the option "Continuing hostilities aimed at restoring Ukraine's full control over these territories by military means," but it was the most frequent choice of residents in the western part of Ukraine, where 33.7% of those polled would support it.

The Social Monitoring Center, the Oleksandr Yaremenko Ukrainian Institute for Social Research, the Rating Sociological Group conducted a national survey from April 30 to May 10, 2019, in 24 regions of Ukraine and the city of Kyiv. A total of 3,000 respondents were polled. The method of obtaining information is an individual one-on-one interview at the respondent's place of residence. The margin of error is between 1.10% and 1.83%.

If you see a spelling error on our site, select it and press Ctrl+Enter
Tags:DonbasRussianAggressionreferendumpeacenegotiationsoccupiedDonbasZelensky