On May 20, Zelensky announced the Verkhovna Rada, Ukraine's parliament, would be disbanded. 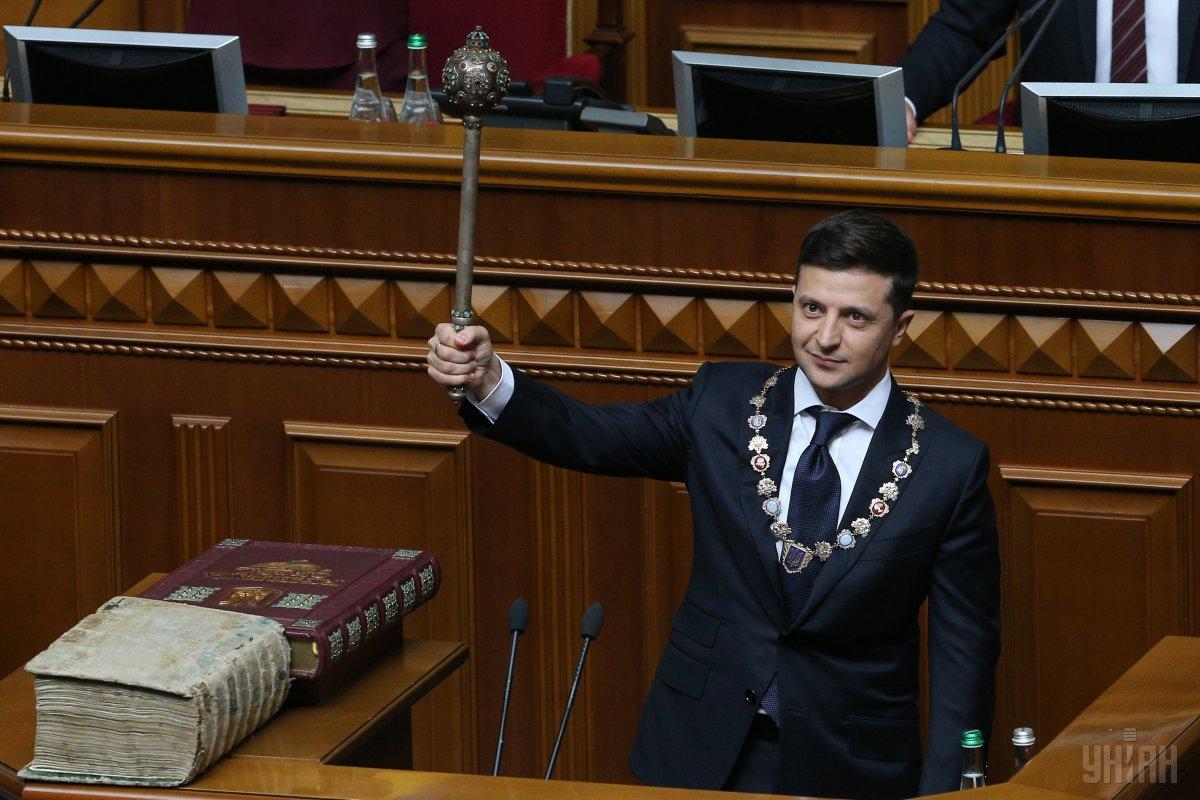 Ukrainian President Volodymyr Zelensky has said his first decree will be to disband the Verkhovna Rada, Ukraine's parliament.

"[It will be] on the dissolution of the [Verkhovna] Rada," Zelensky replied to a journalist's question about his first presidential decree, while walking from the parliament building to the Presidential Administration, Liga.net reports.

As UNIAN reported earlier, on May 17, the People's Front faction's council unilaterally decided to withdraw from the "European Ukraine" parliament coalition.

Chairman of the Verkhovna Rada of Ukraine Andriy Parubiy announced there was no more coalition in the incumbent parliament.

On May 20, newly elected President Volodymyr Zelensky announced the Verkhovna Rada, Ukraine's parliament, would be disbanded.

If you see a spelling error on our site, select it and press Ctrl+Enter
Tags:UkrainedecreepresidentParliamentVerkhovnaRadaZelenskydissolution