Bakanov ran Zelensky's campaign headquarters and was responsible for interaction with the Verkhovna Rada of Ukraine. 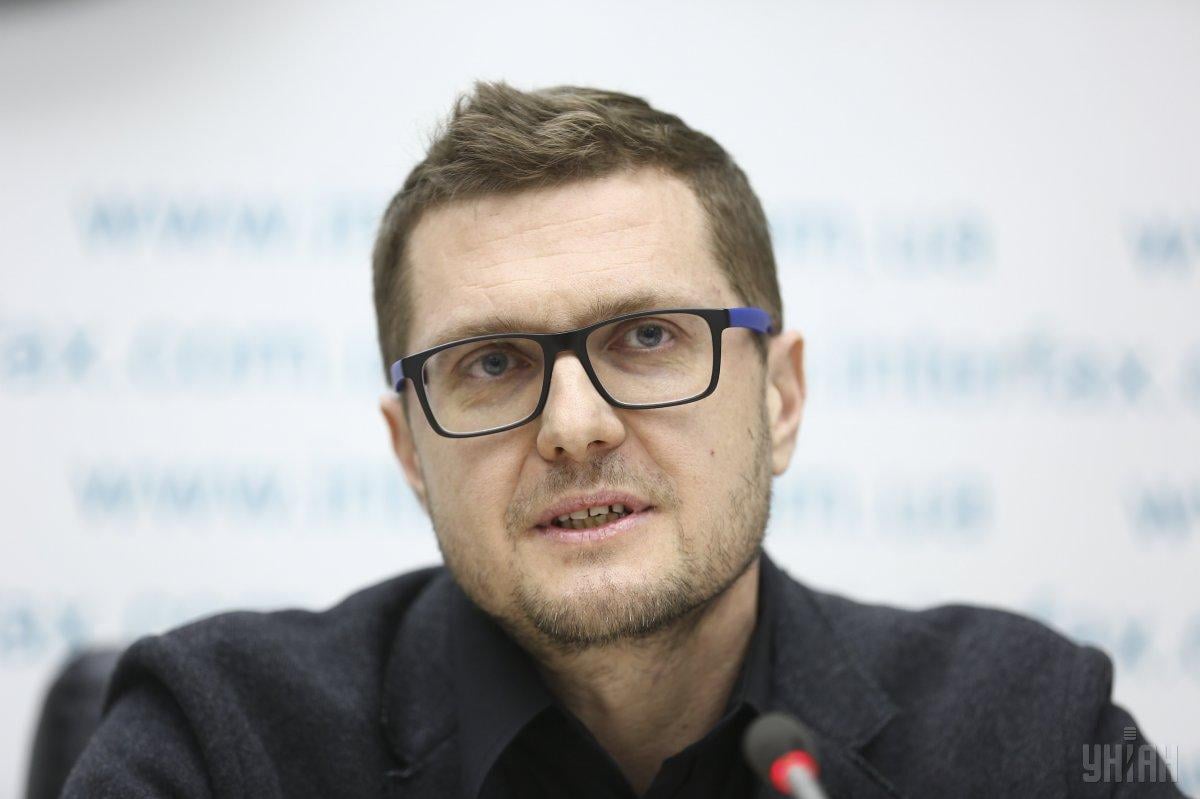 Ivan Bakanov, the head of the Servant of the People Party and head of Studio Kvartal-95 LLC, has been appointed First Deputy Chief of the SBU Security Service of Ukraine.

"To appoint Ivan Hennadiyovych Bakanov as First Deputy Chief of the Security Service of Ukraine and Head of the Main Directorate for Combating Corruption and Organized Crime of the Central Directorate of the Security Service of Ukraine," says presidential decree No. 316/2019 dated May 22, 2019, which was posted on the president's official website.

Read alsoTeam Zelensky: Who are they (Photo)

As UNIAN reported earlier, Bakanov, 44, was born in Kryviy Rih, graduated from the Academy of Labor and Social Relations in Moscow. From January 25, 2013, he has been head of Kvartal 95 LLC, and on December 27, 2013, he was appointed head of Studio Kvartal-95 LLC. Bakanov became head of the Servant of the People Party in December 2017.

He is Zelensky's childhood friend, he ran the campaign headquarters during Zelensky's presidential race and was responsible for interaction with the Verkhovna Rada of Ukraine. 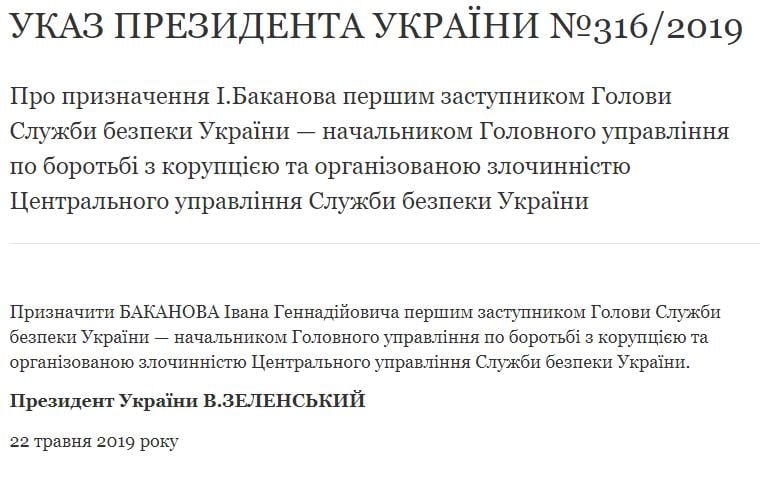