The parties also talked about the current economic situation and banking system. 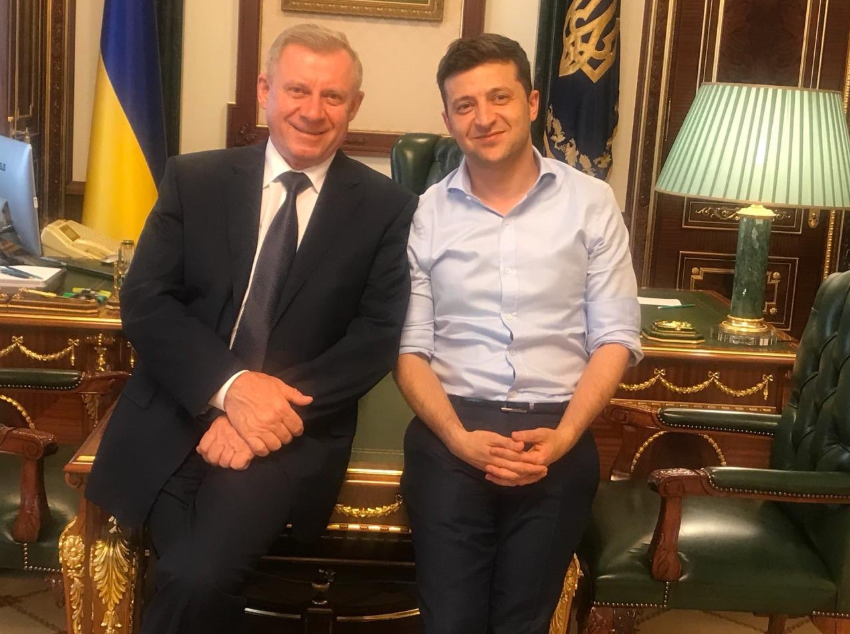 Ukrainian President Volodymyr Zelensky and Governor of the National Bank of Ukraine (NBU) Yakiv Smolii have discussed the macro-financial stability in Ukraine.

"I've had a meeting with President @ZelenskyyUa. We talked about the current economic situation and banking system, the need for cooperation with the @IMFNews and the importance of the NBU independence. And also, further steps to maintain macro-financial stability. Meaningful," Smolii wrote on Twitter on May 24, 2019.

As UNIAN reported earlier, German Chancellor Angela Merkel on Friday held a telephone conversation with new Ukrainian President Volodymyr Zelensky, during which both confirmed the need for the full implementation of the Minsk peace agreements.

If you see a spelling error on our site, select it and press Ctrl+Enter
Tags:UkraineNBUmeetingbankingSmoliistabilityZelensky