The two also discussed the situation in Iran and Afghanistan. 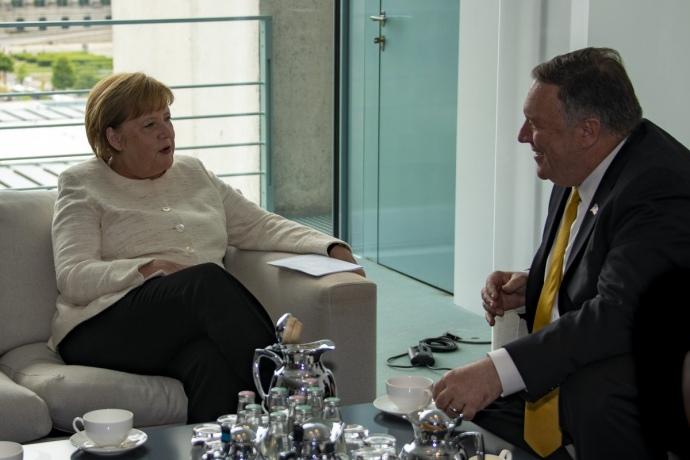 The leaders also discussed the situation in Iran and Afghanistan.

As was earlier reported, U.S. Secretary of State Mike Pompeo and German Foreign Minister Heiko Maas discussed the interaction between their countries in connection with Russian armed aggression, including in Ukraine.

If you see a spelling error on our site, select it and press Ctrl+Enter
Tags:RussianAggressionMerkelmeetingIransupportPompeo