He is 30th on the party list, and the party must win over 10% of votes for him to be elected a member of parliament. 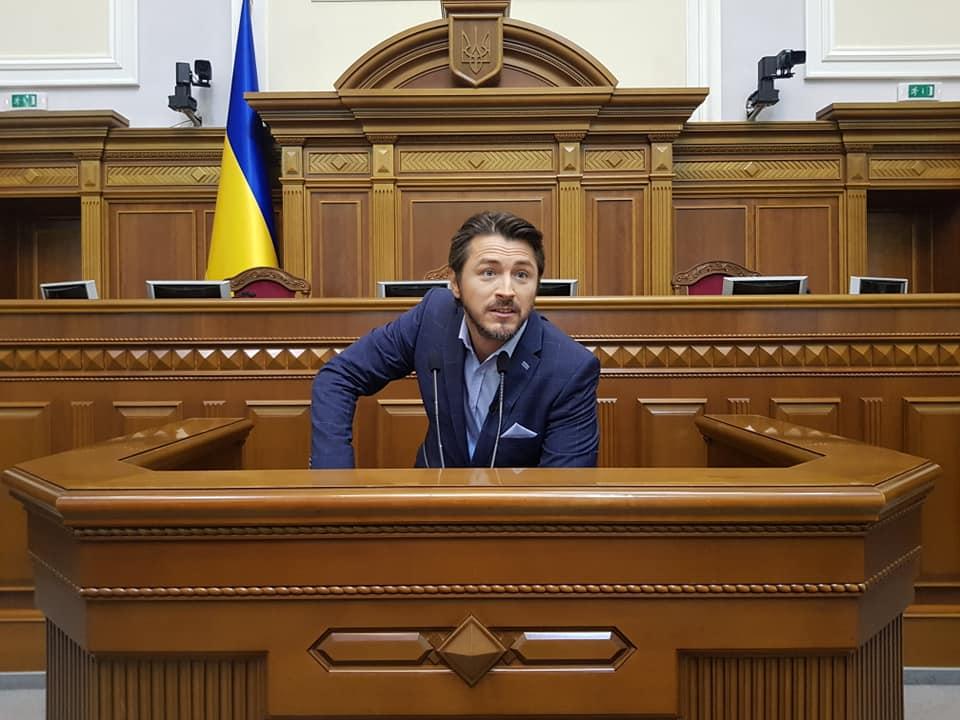 TV presenter and showman Serhiy Prytula has made up his mind to run for parliament on the list of Okean Elzy frontman Svyatoslav Vakarchuk's Holos (Voice) Party.

Prytula announced his decision in a video address posted on his official Facebook page. This information was confirmed by the Holos Party's headquarters in a comment to the news outlet Hromadske.

He is 30th on the party list, and the party must win over 10% of votes for him to be elected a member of parliament.

"I am aware that some of you will have a lot of questions. Why now? What is the motivation? Why this party? I probably would not have done that if I liked everything that had been happening in Ukrainian politics lately and now too. It is not very pleasant to leave my comfort zone, but I would like to do something useful for this country and its people. And having a certain credit of trust from you, I think I have every reason to go for that," he said.

Prytula added that the main motivation for him to run for parliament was the people who joined Vakarchuk's party.

"I want my children to live and work in this country. And I want to put some effort into this. I feel like financially independent enough to ensure that my election to parliament is not an attempt to earn some extra money. And the main motivation is the team with which I'm running in these parliamentary elections. For the first time in almost 38 years, I am ready to test my reputation. As part of this team, I am sure that the way I see how the country should develop can be realized," the showman said.

"Slava [Svyatoslav Vakarchuk] wanted me to be in the top ten [on the party list]. I asked [him] to make me No. 30. This is my deal with you, friends, with thousands of those who wrote to me on Facebook, in comments, who said when we met in person: 'Why aren't you running [for parliament]?,' 'Parliament needs people like you' – and so on. For me to get into parliament, the party must gain a little over 10%. This is my agreement with you. I'm not against, I'm only for this. But this means that all those who said 'you should go,' should not be lazy, but come to the polling station and vote," Prytula said.

Vakarchuk is an ex-MP. He ran as an independent candidate on the Our Ukraine – People's Self-Defense Bloc's list (as No. 15) during the early parliamentary election in September 2007. In parliament, he was a member of the parliamentary committee for freedom of speech issues. He was also a member of groups of parliamentary contacts with the Russian Federation and other countries. Vakarchuk did not submit any legislative acts during his tenure as MP and missed 56 of 127 plenary meetings. In early September 2008, he renounced his seat in parliament due to the political situation; lawmakers enacted his decision on December 16, 2008. According to Vakarchuk, he renounced his seat because he "was really frustrated by the level of mutual fights, at the absurd Hobbesian world of 'all against all,' rather than changing the country for the better."

The snap parliamentary elections in Ukraine are scheduled for July 21, 2019.

If you see a spelling error on our site, select it and press Ctrl+Enter
Tags:VakarchukVerkhovnaRadaHolosParliamentaryElections