Russia, again, trying to tar Ukraine in bid to squeeze it out of Indian arms market

This time, the target is Ukraine-India cooperation in An-32 modernization, and the pretext – the latest aircraft crash. 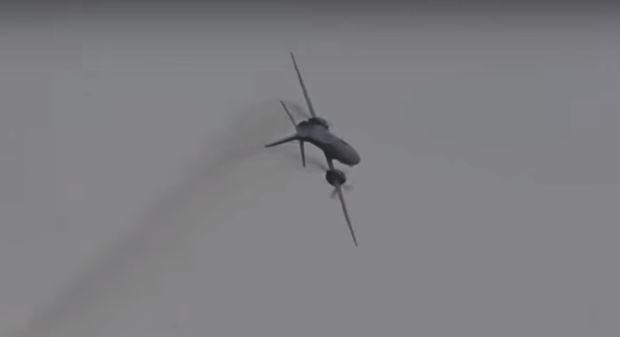 On June 3, the An-32 of the Indian Air Force which was flying from Jorhat to Mechuka with military personnel on board disappeared from radars. The flight was complicated by precipitation over the mountainous terrain, while the Indian media noted that air crashes in the area are not uncommon.

A rescue and search operation was launched immediately and, at the moment, the Indian Air Force is not aware of what caused the accident – a technical issue or a human factor, MP Dmytro Tymchuk, who is also a coordinator of the Information resistance OSINT community, wrote on Facebook.

However, the Russian side initiated an information spin claiming that the incident, along with other issues experienced by the Indian Air Force, is a result of cooperation with Ukraine.

The spin was launched through a "foreign media outlet", which is worth looking at more closely, Ukraine's OSINT expert notes.

In particular, June 6, "Business Today" published a piece by a "New Zealand journalist and analyst in the field of military-technical cooperation" Rakesh Krishnan (whose previous publications are of a pro-Russian nature, and whose previous work includes pieces written for "Russia Beyond the Headlines," a project created in 2007 by the Rossiyskaya Gazeta and since 2017 managed by a company also managing the infamous RT channel). The article claimed that the An-32 is the most problematic plane for India. At the same time, in the spirit of Russian propaganda, the events of 2014 in Ukraine are called "the U.S.-sponsored coup."

The An-32 claim is followed by a number of manipulations, for example, the fact that the Ukrainians withdrew from the contract, since India refused to impose sanctions on the Russian Federation, so further modernization of the aircraft was allegedly put to a halt.

The author aims to convince the audience that it's the Ukrainian side who is the key culprit in the An-32 modernization delay. And although one of the reasons for the lagging modernization was bureaucracy in India's defense agencies of India, Tymchuk says, the author's final conclusion is that India should reconsider its defense ties with Kyiv with a hint in favor of Moscow.

Neither did Rakesh Krishnan indicate that the crashed plane had not undergone repairs in Ukraine under the 2009 contract for the modernization of 105 An-32s, and wasn't certified by the Ukrainian side for flights.

In addition, the author ignored the fact that the contract is actually still being executed.

In April 2019, according to the press service of Spetstekhnoexport SE, the Ukrainian side ensured the delivery of another batch of components for the An-32 being modernized in India as part of the contract concluded in 2009.

And since the end of 2018, deliveries of Ukrainian components under the contract have been carried out monthly. Back then, it was also announced that the terms of the contract would have been implemented in full before September 2020.

In addition, the parties are negotiating the possibility of upgrading in Ukraine an additional 20 An-32 aircraft owned by the Indian government.

"Most likely, this is exactly what the Russian side doesn't like," Tymchuk writes.

"It is not surprising that Russia is interested in discrediting Ukraine, since there is a tendency for India to gradually abandon Russian weapons, components and services in favor of the American, European, and Ukrainian producers," the expert says. "This isn't surprising because, in the opinion of Indian experts themselves (and not only them), Russia has been showing its inability to deal with import substitution, and has been further supplying to the markets their technically obsolete low-quality weapons."

"Therefore, the Russian Federation chose the most appropriate and trending method of counteraction in those segments where they face constant competition with Ukrainian enterprises, namely the campaign to discredit our country in the international arena," Tymchuk concludes.