Ukrainian national Volodymyr Balukh, illegally convicted in the occupied Crimea, confirmed that he had started a hunger strike in hope to inform the world about violations of his rights and freedoms. 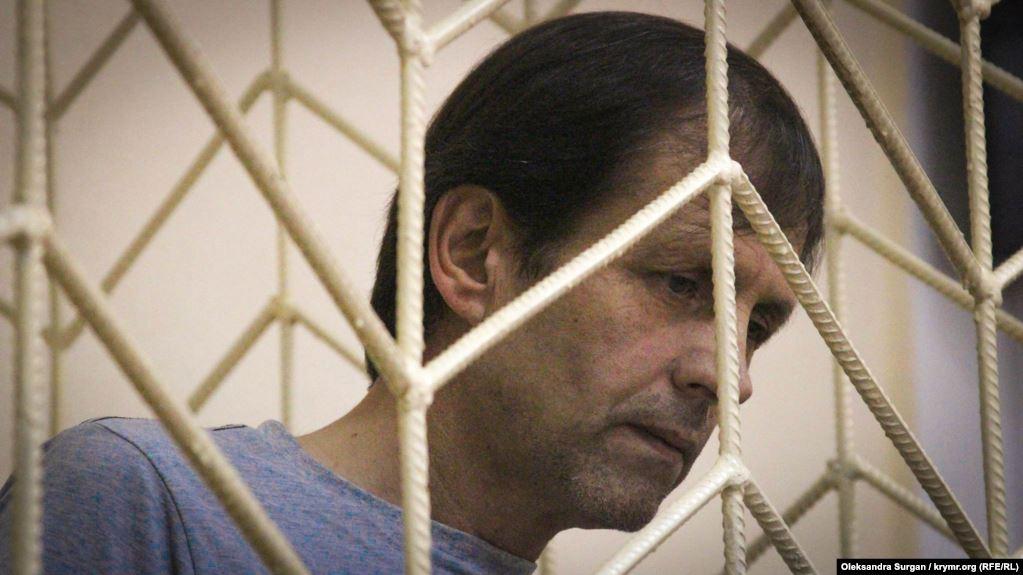 Ukrainian political prisoner Volodymyr Balukh went on another hunger strike, according to his lawyer Daniel Berman.

"On June 25, when I came to Balukh, he already knew that the consul of his country tried unsuccessfully to get to see him. Before that, Balukh had twice submitted a statement that if the consul of Ukraine was not allowed to visit him, he would go on a hunger strike. As the administration ignored the statements, he informed me that he started a hunger strike on the evening of June 25," the lawyer told the Russian Novaya Gazeta newspaper.

"I was concerned about this statement, so I decided to visit him the next day, June 26, specifically to inquire about his health and situation. He was happy to see me as we could talk and he could get warm in the office," said the lawyer.

According to Berman, Balukh confirmed that he had stopped eating and gave a notice to the administration about the beginning of the hunger strike.

According to a lawyer, keeping Balukh in solitary confinement has actually turned into a torture for him – his warm underwear and a sweater were taken away despite the fact that it was cold in the solitary.

"Since Balukh's health condition, which was reported in the media, inspired fears of cardiologists, I was asked by highly qualified doctors to ask him a number of special questions. These questions were answered on the first day of our meeting, I gave the answers to the doctors, and these answers worried them even more," the lawyer said.

The lawyer once again stated, like other defenders, that staying in a cold solitary cell, with almost no light and no normal medical care, severely harms Balukh's health.

"As practice has shown, publicity in this case is the best lawyer. That is why my client asked me to bring to the public and the media the reasons why he went on a hunger strike… Perhaps it's the only measure, the last way to stop the violation of Balukh’s rights. It seems that the administration of the colony intentionally creates conditions for Balukh to spend as much time behind the bars as possible and prevent him from being released on parole... Sixty days, practically in a row, in the solitary – such measures of pressure are not taken even against real hard-core violators of the regime," concluded Berman.

If you see a spelling error on our site, select it and press Ctrl+Enter
Tags:RussiaCrimeapoliticalprisonershumanrightsBalukhhungerstrike