The ministry also expects the same strong condemnation of the Russian authorities' actions by other representatives of the European and Euro-Atlantic community. 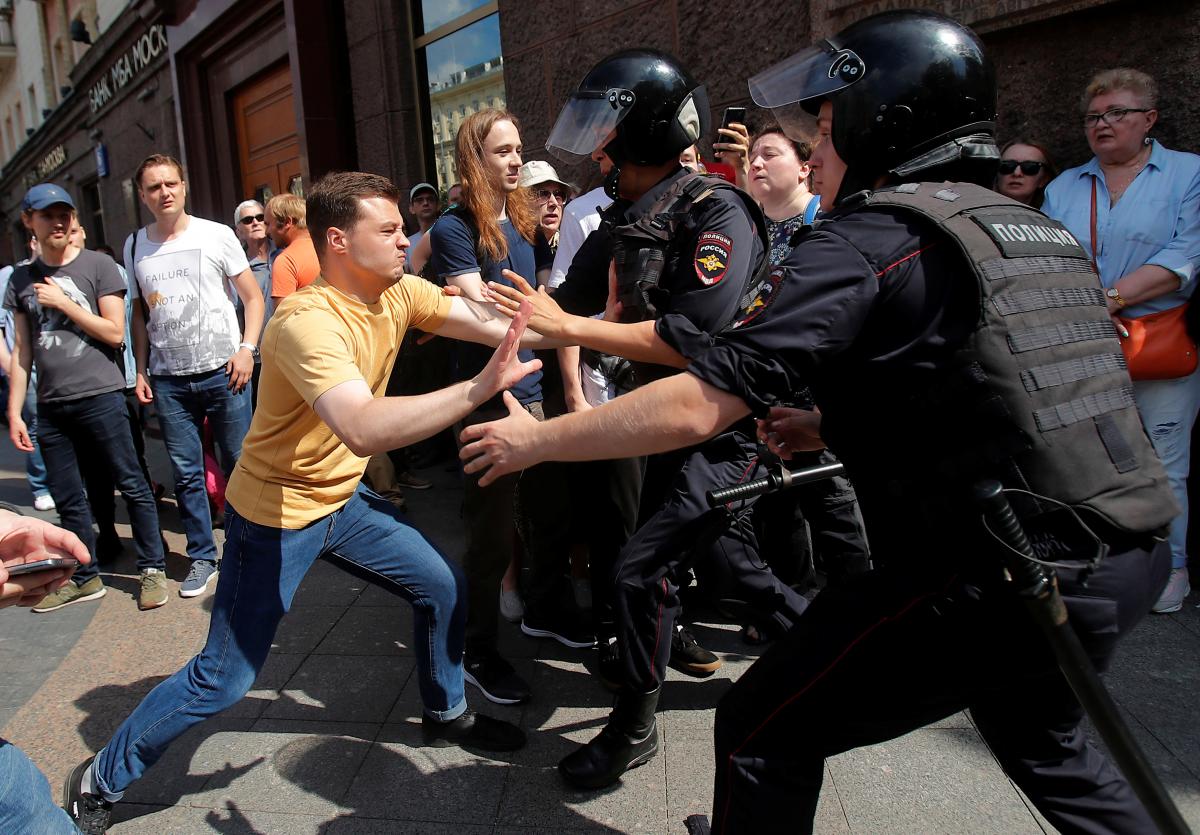 The Ministry of Foreign Affairs of Ukraine has condemned a violent crackdown of a large-scale peaceful rally held in Moscow on July 27 protesting the sacking of independent candidates running for Moscow City Duma elections.

"The barbarous beating of own citizens, numerous arrests and detentions, the use of artificial and discriminatory electoral filters designed to ensure that only 'convenient candidates' participate in elections proves the failure of Russian authorities to ensure democratic will and demonstrates their fear of real political competition," the Ukrainian MFA said in a statement.

The ministry stressed that, by such systemic violations of fundamental freedoms and human rights, namely the freedom of speech and peaceful protest, the Kremlin "openly humiliates those European states and politicians who have recently allowed Russian representatives to return to the Parliamentary Assembly of the Council of Europe."

"It is obvious to us that Russia does not belong to the democratic community, being a rogue state. That is why we strongly condemn the mass repressions to which the Kremlin has resorted in recent days," the statement says.

The ministry also expects the same strong condemnation of the Russian authorities' actions by other representatives of the European and Euro-Atlantic community.

If you see a spelling error on our site, select it and press Ctrl+Enter
Tags:RussiaviolenceprotestsMFAUkrainerallyMoscowcondemnationhumanrights