Razumkov sees the situation in Donbas as one of the country's key problems. 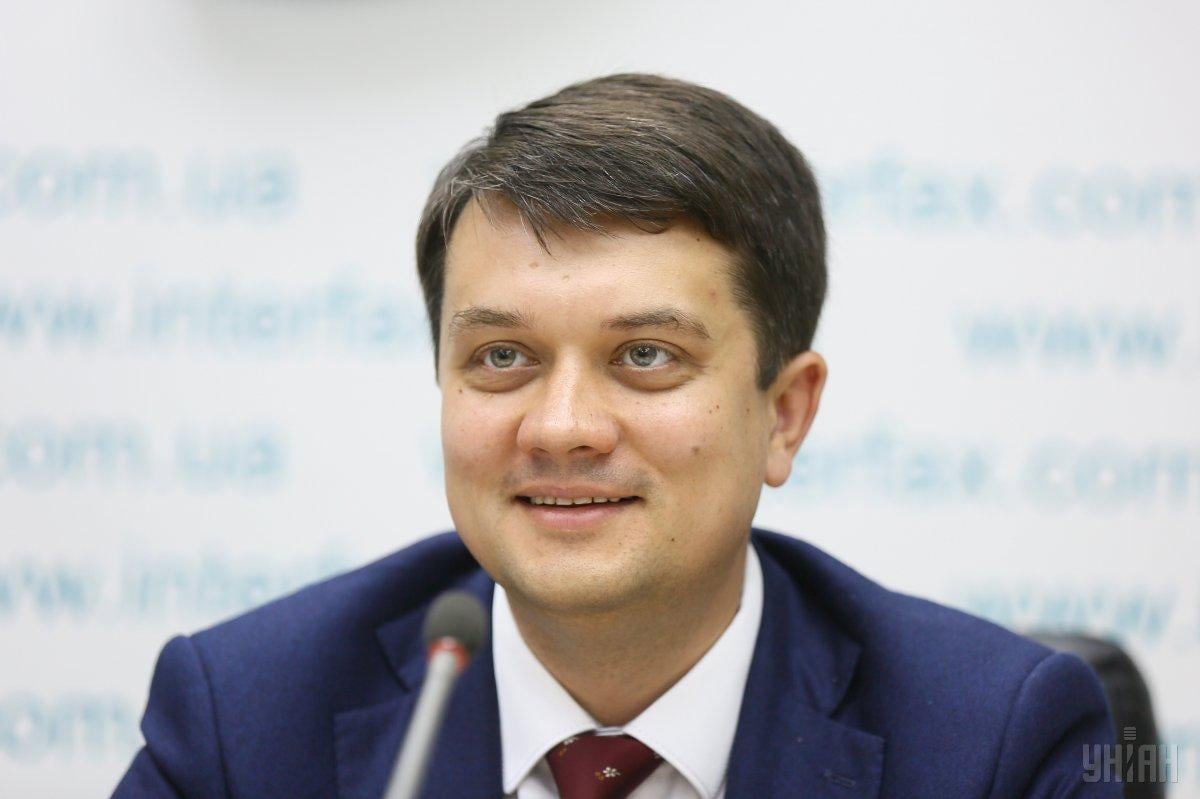 Leader of the Servant of the People Party Dmytro Razumkov has said the Ukrainian side wants the restoration of peace in Donbas and the end of the Russian occupation of Crimea to happen as soon as possible, but it is impossible to resolve these issues legislatively only.

"We all would like peace to be restored, so that Donbas and Crimea are returned to Ukraine. Unfortunately, this is not solved by laws," he said in an interview for the Russian daily Kommersant.

Razumkov says he sees the situation in Donbas as one of the country's key problems.

Answering a question regarding Donbas' special status, he said this is a legislative issue.

"This is the legislative part. This point will obviously be discussed in parliament, but war is not a matter of law. It is a matter of desire. A desire to end this war. The Ukrainian side has it. Unfortunately, not all participants in this process have this desire," Razumkov said.

"There are more questions of diplomacy, sanction pressure, domestic policy issues related to the fight against corruption, information policy, economy, infrastructure, social policy. This is a whole range of tasks that will need to be done and which will make it possible to accelerate the return of the temporarily occupied territories," he added.

If you see a spelling error on our site, select it and press Ctrl+Enter
Tags:CrimeaDonbasUkrainepeacelegislationRussianOccupationRazumkovServantofthepeople