Servant of the People offers vice speaker post to opposition

Razumkov hopes the opposition in the Verkhovna Rada will eventually find some common ground. 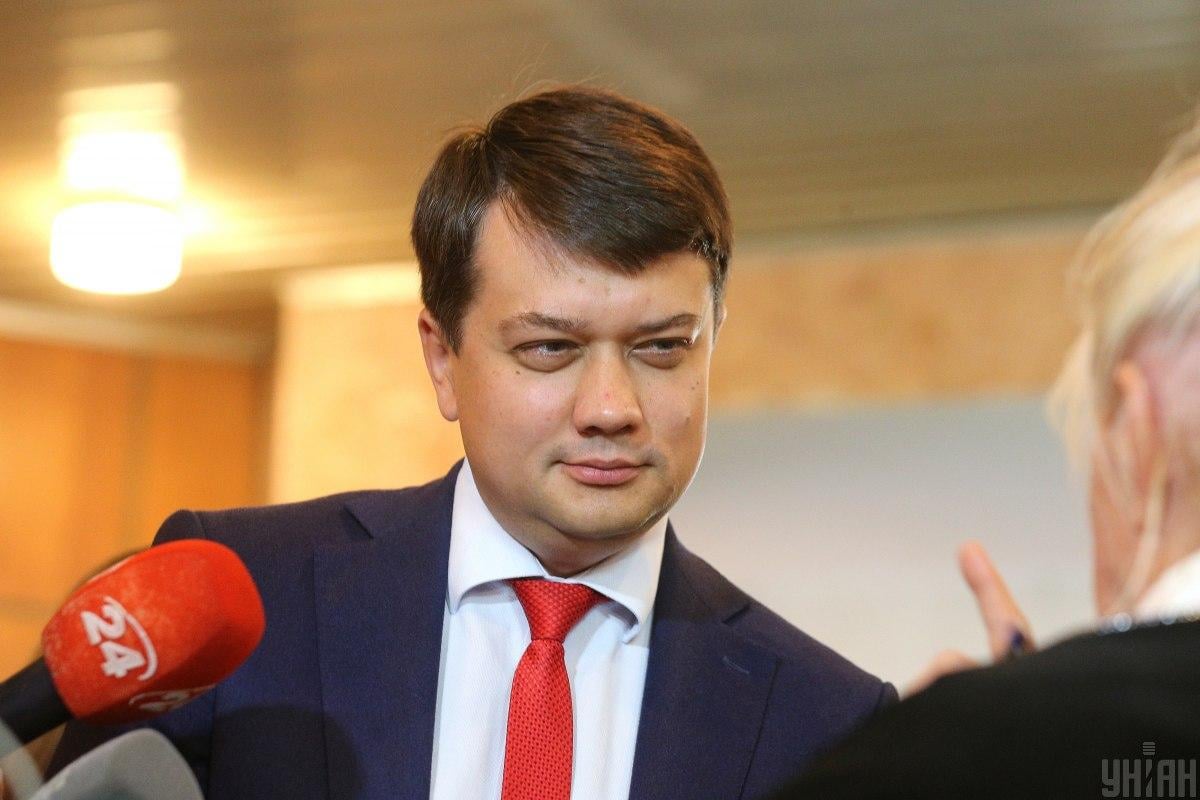 Leader of the Servant of the People Party Dmytro Razumkov has offered lawmakers to nominate candidates for the post of vice speaker from opposition factions.

"It would be politically if the opposition, not us, decide who will apply for the post. This is logical, correct, and democratic," Razumkov told 112 Ukraine TV channel, Espreso.tv reported.

He said it is difficult to answer whom the party would offer this position in Parliament.

"I hope the opposition in the Verkhovna Rada will eventually find some common ground," he said.

Razumkov did not rule out that, in case if the four opposition factions nominate four candidates, a vote would be held to select the one.

In turn, co-chair of the Opposition Platform – For Life Party Vadym Rabinovych assured their faction would not nominate their leader Viktor Medvedchuk as vice speaker.

"I have discussed this issue with Viktor Medvedchuk, and the chairman of the political council of our party will not take a seat at the Rada presidium – he will focus on party work," 112 Ukraine quoted Rabinovych as saying.

He added the Opposition Platform – For Life Party has "many worthy candidates" for the posts proposed.

If you see a spelling error on our site, select it and press Ctrl+Enter
Tags:ParliamentoppositionpostRazumkovServantofthepeople