According to Tusk, Zelensky would be very interested in the meeting. 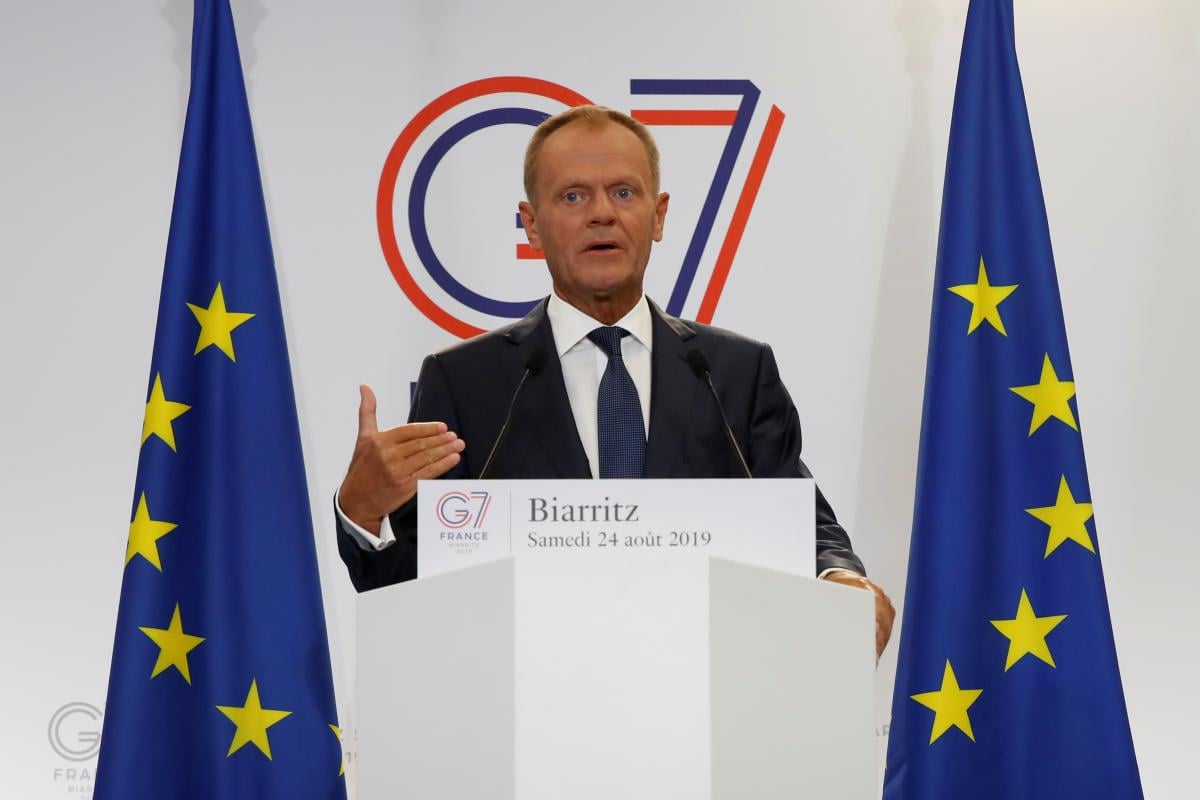 President of the European Council Donald Tusk has said he will try to convince the G7 leaders to invite Ukrainian President Volodymyr Zelensky to the next meeting.

"Today I will try to convince my interlocutors that it would be better to invite Ukraine, as a guest of course, to the next G7 meeting, to hear the opinion of the new President," Tusk said on Saturday before the G7 summit in Biarritz, France.

"I talked with him about it two days ago, and I know he would be very interested," he added.

As UNIAN reported earlier, on August 20, 2019, U.S. President Donald Trump said he would support Russia's return to the group.

Ukrainian President Volodymyr Zelensky said Russia might return to the G7 after it ceased aggression against Ukraine.

A senior official of the administration of U.S. President Donald Trump said Russia should ask to rejoin the G7 first.