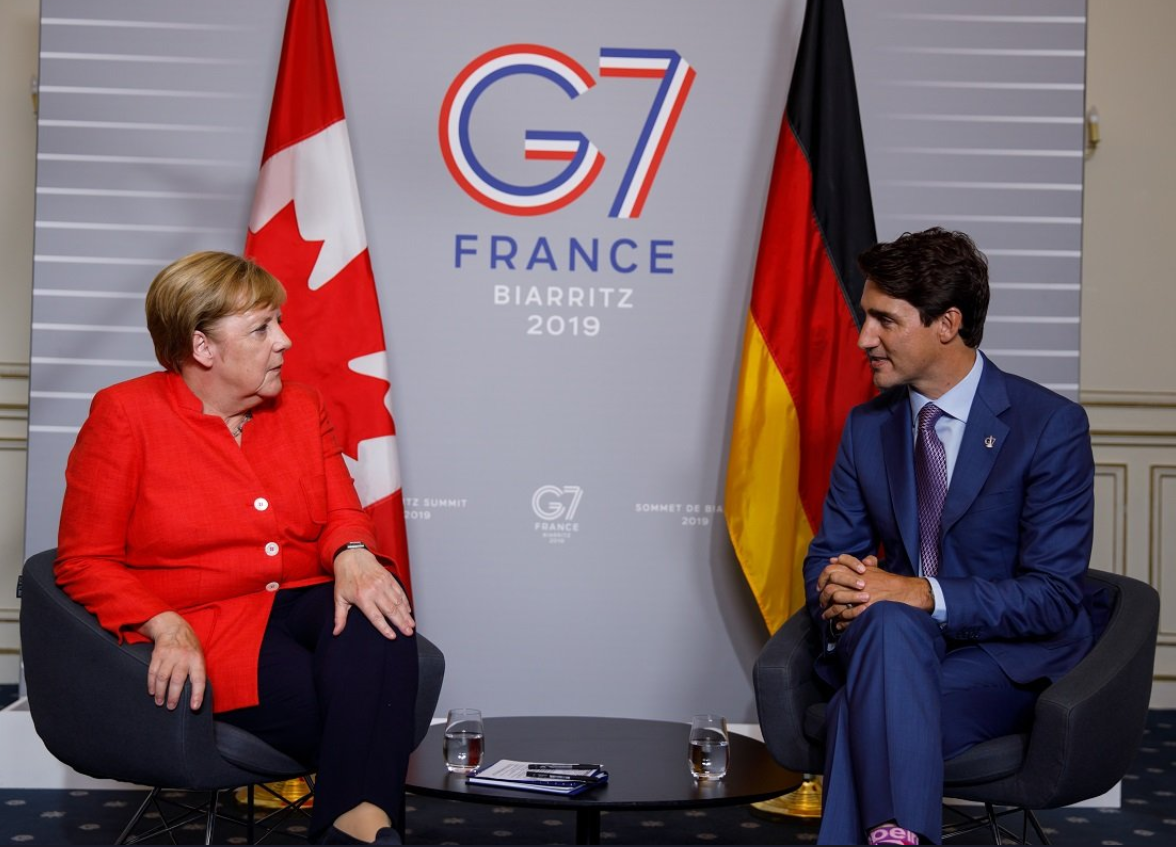 Canadian Prime Minister Justin Trudeau and German Chancellor Angela Merkel met on the sidelines of a G7 summit in France's Biarritz and expressed support for Ukraine, encouraging it to continue reforms.

"The Prime Minister and the Chancellor also discussed their support for Ukraine and stressed the importance of reform, noting the strong mandate in this regard following the recent presidential and parliamentary elections," the Ukrainian media outlet European Pravda wrote on August 26, referring to PM Trudeau's Office.

The two leaders also discussed the imperative of fighting climate change. They expressed concern with the wildfires in the Amazon as an international crisis to be addressed throughout the G7.

Earlier, U.S. President Donald Trump said the United States of America would work in partnership with the government and people of Ukraine to advance reforms that are critical to Ukraine's success.

If you see a spelling error on our site, select it and press Ctrl+Enter
Tags:MerkelreformssupportG7summitclimatechangeTrudeau