The Ukrainian leader called for an urgent meeting of the Normandy Four leaders with a view to discuss the peace process and coordinate further steps to resolve the conflict. 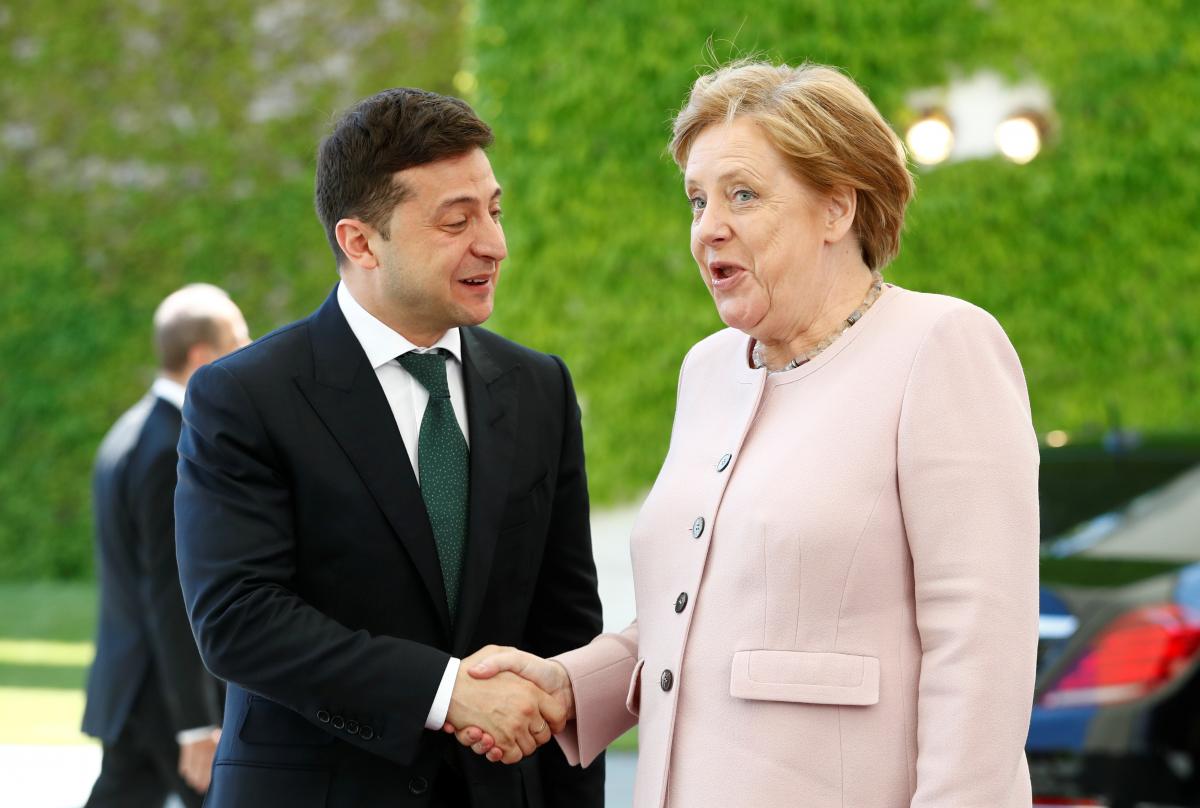 President of Ukraine Volodymyr Zelensky on Wednesday, Aug 28, had a phone conversation with Federal Chancellor of Germany Angela Merkel.

The heads of state discussed the results of the G7 summit in Biarritz. Zelensky thanked Merkel for Germany's consistent position against Russia's readmission to the G7 given its aggression against Ukraine and occupation of Crimea, the president's press service reported.

Volodymyr Zelensky briefed the German chancellor on the security situation in eastern Ukraine, including the implementation by the Ukrainian side of the disengagement agreement the area of Stanytsia Luhanska.

The president confirmed Ukraine's consistent fulfillment of its commitments toward a peaceful settlement in Donbas using political and diplomatic mechanisms.

The Ukrainian leader called for an urgent meeting of the Normandy Four leaders with a view to discuss the peace process and coordinate further steps to resolve the conflict.

In turn, Angela Merkel expressed support for Ukraine's efforts to restore peace in Donbas and agreed with the need to hold a summit in the near future. The parties agreed to hold a preparatory meeting of diplomatic advisors to the Normandy Four heads of state and government on September 2.

During the conversation, the parties discussed a number of issues of Ukrainian-German cooperation and interaction in the international arena.

If you see a spelling error on our site, select it and press Ctrl+Enter
Tags:MerkelNormandyFourtalksZelensky