11:20, 25 September 2019
Politics
709 0
The president believes that together with international partners, Ukraine will be able to bring back its territories, end the war and ensure peace politically and diplomatically. 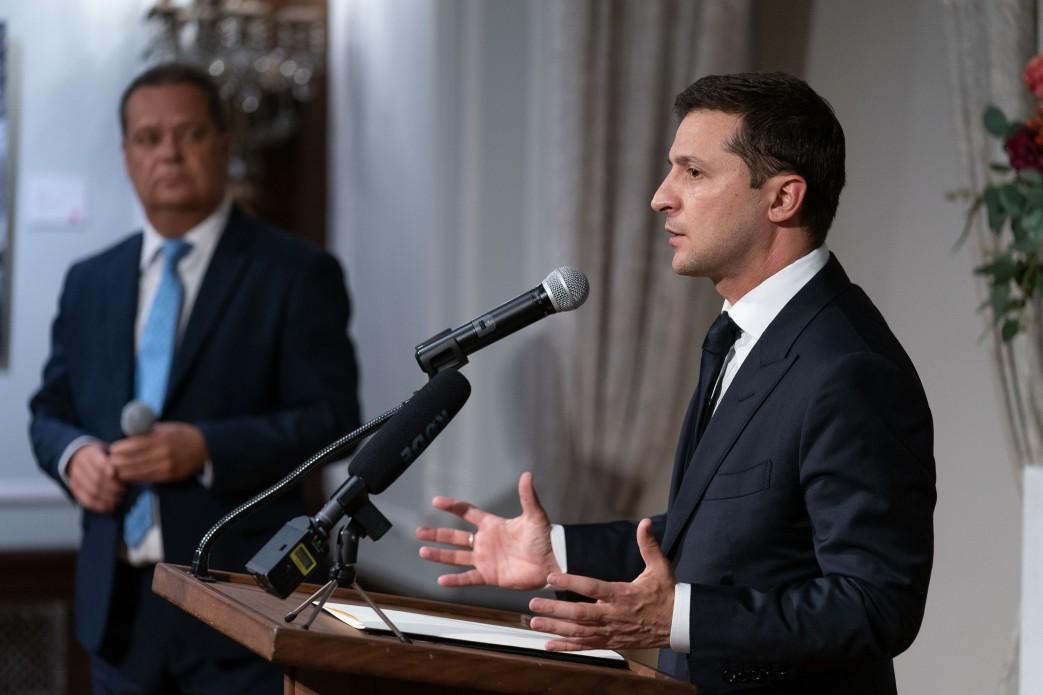 Ukraine's performance can and should be much better, the head of state said. Ukrainian President Volodymyr Zelensky says sustainable development is impossible under sounds of gunfire and explosions and where aggressive geopolitical strategies applauding the invasion of other states and violation of human rights and freedoms prevail.

"No state can achieve sustainable development without peace and a sense of security. Sustainable development is impossible under the sounds of gunshots and explosions, it is impossible where aggressive geopolitical strategies applauding the invasion of other states and violation of human rights and freedoms prevail," the President's Office quoted Zelensky as saying at the UN Sustainable Development Goals (SDG) Summit held as part of the 74th session of the UN General Assembly in New York on September 25.

"However, I believe that together with our international partners, we will be able to bring back our territories, end the war and ensure peace politically and diplomatically," he added.

According to Zelensky, Ukraine's performance can and should be much better.

"There are two barriers to this path today. The first is a domestic political tradition where reforms important for development are resisted. But the new Ukrainian authorities will definitely cope with this. The second barrier is much more complicated. And we cannot overcome it without international support. This is the war caused by the Russian aggression against Ukraine," he said.

As UNIAN reported earlier, Ukrainian President Volodymyr Zelensky on September 23-26 will be on a working visit to the United States to participate in the 74th session of the UN General Assembly, during which he is to hold a series of bilateral meetings with foreign leaders, namely U.S. President Donald Trump.

If you see a spelling error on our site, select it and press Ctrl+Enter
Tags: #war#Donbas#UnitedNations#development#Zelensky
Latest news