Earlier, Zelensky stressed he didn't want to get involved in the U.S. elections. 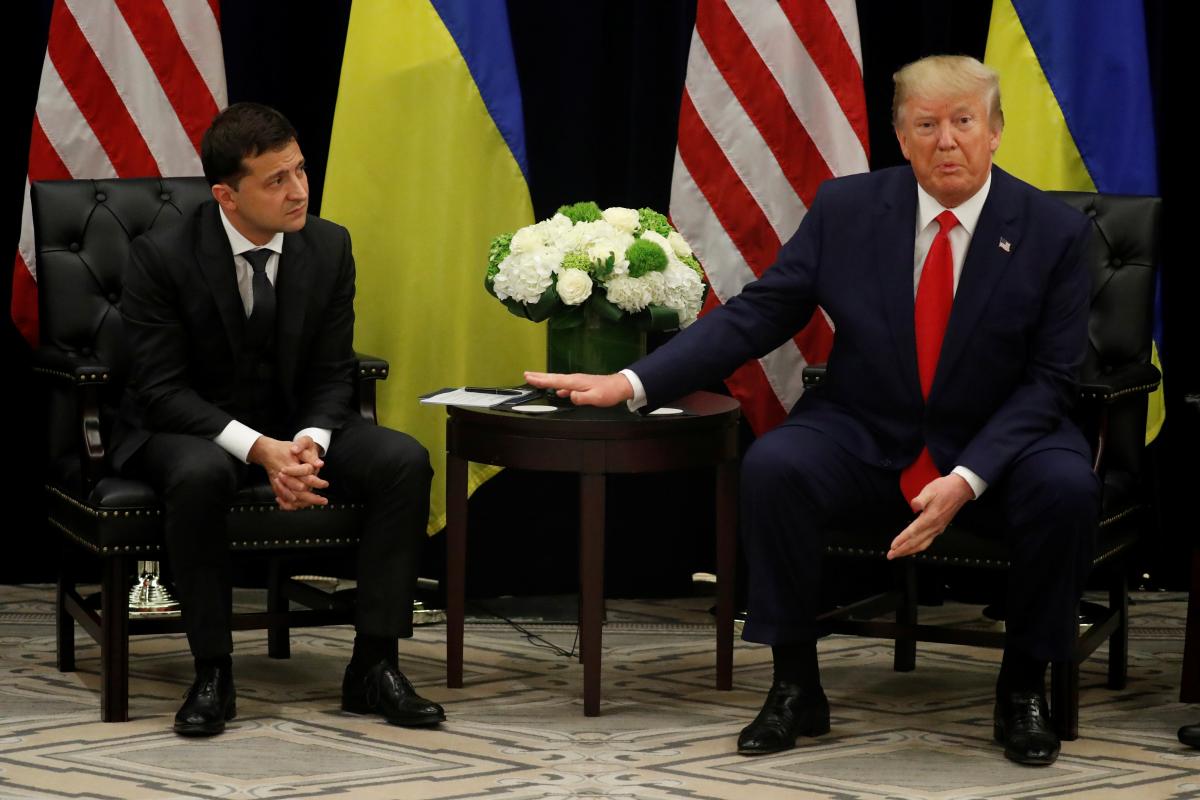 U.S. President Trump believes the words of his Ukrainian counterpart, Volodymyr Zelensky, stating that he was not pressured to do anything wrong are the best testimony.

"The President of Ukraine said that he was NOT pressured by me to do anything wrong. Can't have better testimony than that! As V.P., Biden had his son, on the other hand, take out millions of dollars by strong arming the Ukrainian President. Also looted millions from China. Bad!" Trump wrote on Twitter on September 27.

As UNIAN reported, Zelensky's press service said on July 25 that during a telephone conversation, Trump expressed his conviction that the new Ukrainian authorities would be able to quickly improve Ukraine's image and "complete an investigation into corruption cases that had hindered interaction between Ukraine and the United States."

Trump's July 25 telephone call with Zelensky is at the center of an escalating battle over a whistleblower's complaint reportedly concerning the U.S. leader's dealings with Ukraine that the administration refused to give Congress.

The media suggested that during the conversation with Zelensky, Trump could have repeatedly insisted that Ukraine investigate the actions of an influential politician from the U.S. Democratic Party, former U.S. Vice President Joe Biden.

On September 21, U.S. congressmen called on the Trump administration to provide the transcript of his July 25 phone call with Zelensky.

On September 25, the White House published the transcript.

In turn, President Zelensky, when asked in New York City on September 25 if he felt pressure during the July 25 phone call with Trump regarding the probe into Joe Biden's son, Zelensky said: "I think you read everything [the memorandum of the July 25 conversation released by the White House on September 25]. I think you read [the] text. I'm sorry – I don't want to be involved [in] open democratic elections of the USA."

UNIAN memo. Ukrainian authorities have been probing into money laundering in the amount of over US$33 million during the acquisition of a group of companies of Kherson oil transshipment, in which Wirelogic Technology AS, Digitex Organization LLP, and ex-Minister of Ecology, businessman Mykola Zlochevsky's Burisma Holdings Limited were involved.

Hunter Biden, son of former U.S. Vice President Joe Biden, was a member of the latter's board.

On May 14, the then Prosecutor General, Yuriy Lutsenko, said that Ukraine was ready to transfer materials on Burisma to U.S. law enforcement agencies. According to him, the investigation had a printout of all Burisma payments, including to senior U.S. officials.

Yet, Lutsenko emphasized, the foreigners who were involved in the management of Burisma had not violated Ukrainian legislation.

The U.S. House Permanent Select Committee on Intelligence on Thursday, September 26, released a declassified version of the whistleblower complaint containing allegations about Trump's conduct during a phone call with Zelensky on July 25, 2019.

If you see a spelling error on our site, select it and press Ctrl+Enter
Tags:TrumpelectionspressureBidenZelenskyBurismaTrumpZelenskyPhoneCallUkraineTranscript