Ukraine's Verkhovna Rada has voted for amendments on a law condemning the Communist and National Socialist totalitarian regimes and banned their propaganda and symbolism in Ukraine, which was passed on April 9. 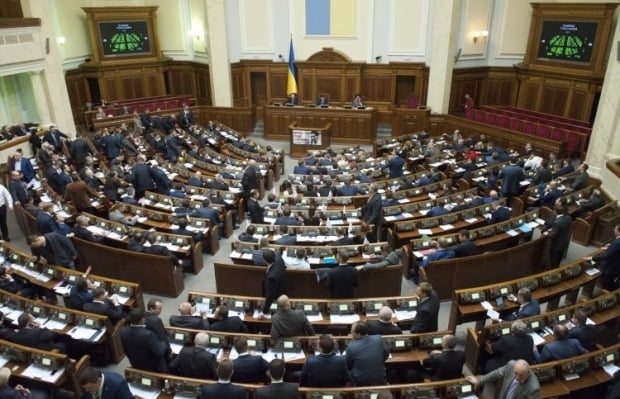 The amendments, which were not announced in parliament prior to the voting, scored votes from 233 out of 273 MPs registered in the session hall, an UNIAN correspondent reported. The voting took place at the second attempt.

The Parliamentary Coalition Council decided to amend the de-communization law, having eliminated inconsistency.

Prior to that, Chairman of the Verkhovna Rada committee for legal policy and justice Ruslan Kniazevych sent a letter to Rada Chairman Volodymyr Groysman, informing that lawmakers need to introduce the amendments.

At the moment, the amended bill hasn't been signed by Groysman, as the procedure required. After it has been signed, it shall be sent to President Petro Poroshenko for signing.

The Petro Poroshenko Bloc faction announced that, in keeping with amendments, the ban on the use of Communist and National Socialist totalitarian symbols is not applied to cases when symbols are used on documents issued by national and local government agencies, schools, institutes, universities, organizations, institutions, enterprises before 1991. The ban is also not effective when symbols are used in museums, exhibitions, on different media at libraries' funds, on originals of battle flags, on state awards, commemorative medals and other insignia, awarded to a person before 1991 and during the 1991-2015 years, and during events commemorating World War II, and other cases.

As UNIAN reported earlier, on April 9 the Verkhovna Rada of Ukraine passed a draft law condemning the Communist and National Socialist totalitarian regimes and banned their propaganda and symbolism in Ukraine. For the promotion of symbols of these regimes, a person may be imprisoned for up to five years.