Putin about Crimea: We will go to the very end

Russian President Vladimir Putin claims that Russia won't stop while defending its interests and will go to the very end. 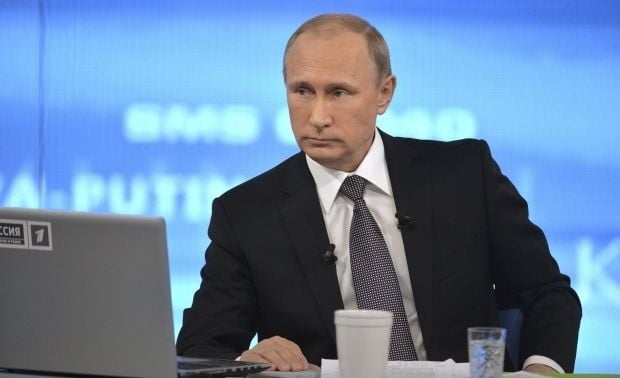 He announced this in an interview for a documentary, titled "President," released by the Rossiya 1 television channel.

Putin said that the main thing was to understand what the people living in Crimea wanted, Russia's RIA Novosti reported.

"I was telling them [the partners] that it is people who are vitally important to us. I don't know which interests you will defend, but we, while defending ours, will go to the end. And this is an extremely important thing," he said.

"It's not because we want to bite off or snatch [something]. It's even not because Crimea is of strategic importance in the Black Sea region. But because this is an element of historical justice. I think we did the right thing. I have no regrets," Putin said.

UNIAN's reference. Russia annexed the Ukrainian territory of Crimea in March last year, after first invading the peninsula with its troops. Moscow then began to destabilize the situation in Donbas with the direct participation of Russian special forces and the support of Russian army, according to Ukraine.

During the occupation of Crimea, the Russian authorities denied that Russian troops had invaded the peninsula, but later Putin publicly acknowledged that they had.