Hladkovsky has been in the focus following a journalistic investigation. 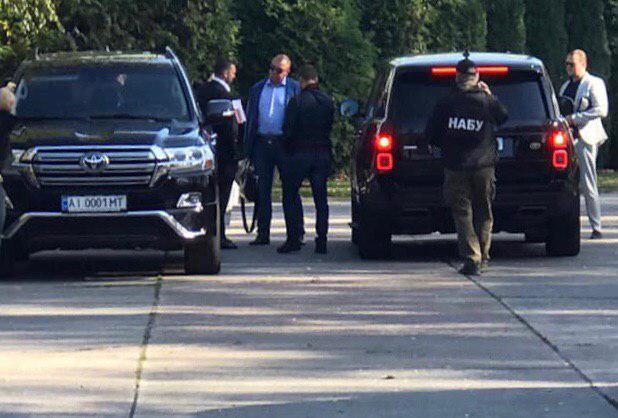 Oleh Hladkovsky, former deputy secretary of the National Security and Defense Council, was not allowed to cross out of Ukraine in the Boryspil Airport near Kyiv and was detained by NABU operatives shortly, according to ex-MP Serhiy Leshchenko.

Via his Telegram channel, Leshchenko reported that the former official tried to leave Ukraine Thursday afternoon. After being told he would not be allowed across the border, he reportedly drove to a restaurant on the Boryspil highway where he was detained by operatives of the National Anti-corruption Bureau of Ukraine.

He also added that the detention "was agreed upon by leadership of the Prosecutor General's Office."

UPDATE: NABU has confirmed the detention, stating that Hladkovsky is being suspected of the abuse of power. The Bureau provided no further comment citing secrecy of the investgation.

As UNIAN reported earlier, on February 25, investigative journalists with the Nashi Hroshi with Denys Bihus project unveiled the first part of their probe claiming that the son of Oleh Hladkovsky, then-First Deputy Secretary of the NSDC, was allegedly involved in large-scale embezzlement scheme in defense industry.

Read alsoU.S. defense secretary on military aid to Ukraine: DoD gets most money on time

If you see a spelling error on our site, select it and press Ctrl+Enter
Tags:corruptionNABUarrestdefenseHladkovsky