The sides also discussed ways to encourage investment in Ukraine. 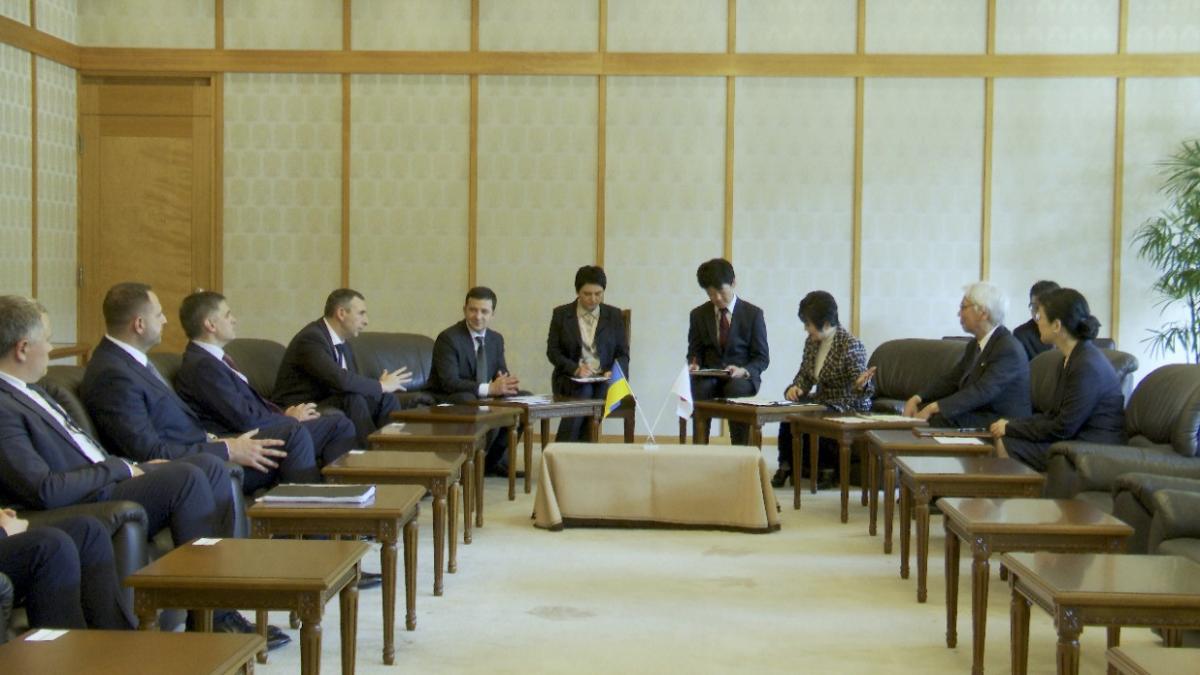 Zelensky meets with members of Japan's parliament / Photo from president.gov.ua

He met with the heads of the country's parliament during his working visit to Japan on October 23, the presidential press service said.

In particular, Zelensky said that a visa-free regime for Ukrainians could be introduced pending the 2020 Olympic Games, which will be hosted by Tokyo.

Before that, Tadamori Ōshima, the Speaker of the House of Representatives in the Diet (Japan's national legislature), said that he had heard about Ukraine primarily due to the performances of Ukrainian athletes and hoped to see them at the Olympic Games.

Zelensky also thanked the Japanese side for supporting the sovereignty and territorial integrity of Ukraine. "I believe that the activities of the group will bring the interparliamentary dialogue between our states to a qualitatively new level," he said.

In addition, the parties discussed ways to encourage investment in Ukraine. In particular, Akiko Santō, the President of the House of Councillors in the Diet, emphasized that more than 40 private Japanese companies had been registered in Ukraine.

If you see a spelling error on our site, select it and press Ctrl+Enter
Tags:visavisitParliamentJapanZelensky