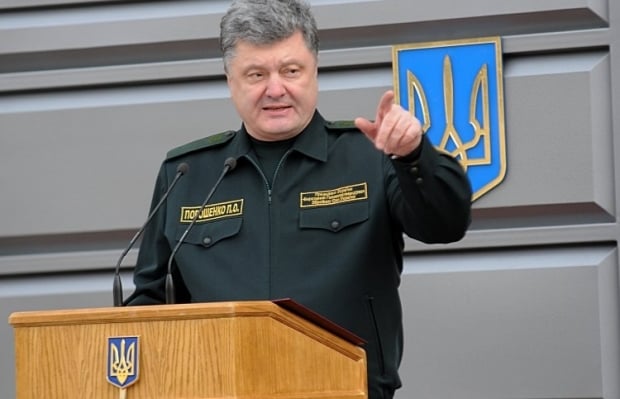 Ukrainian President Petro Poroshenko announced this at a meeting with chairmen of state district administrations on Wednesday, the presidential press service told UNIAN.

"The president stressed the need to consolidate society around the celebration of the Day of Remembrance and Reconciliation and the Day of Victory in World War II.  The president called on the heads of the district administrations to engage Ukrainian heroes – soldiers and veterans of the Patriotic War of 2014-2015 years – in the events of May 8 and May 9," the press service said.

“Great-grandfathers and great-grandchildren should stand next to each other, side by side, demonstrating the unity of views and, I think, there are absolutely obvious parallels: against whom the Ukrainian people were fighting then and against whom we are fighting now," Poroshenko said.

According to the president, the people of Ukraine have made an invaluable contribution to the victory over Nazism in 1939-1945 with their heroism in the fight for the liberation of Europe. "Nowadays Ukraine and Ukrainians are an outpost of the European civilization in the fight for freedom, democracy and European values," he added.