U.S. President Trump had his first meeting with his Ukrainian counterpart Zelensky on the sidelines of the United Nations General Assembly in New York Sept 25. 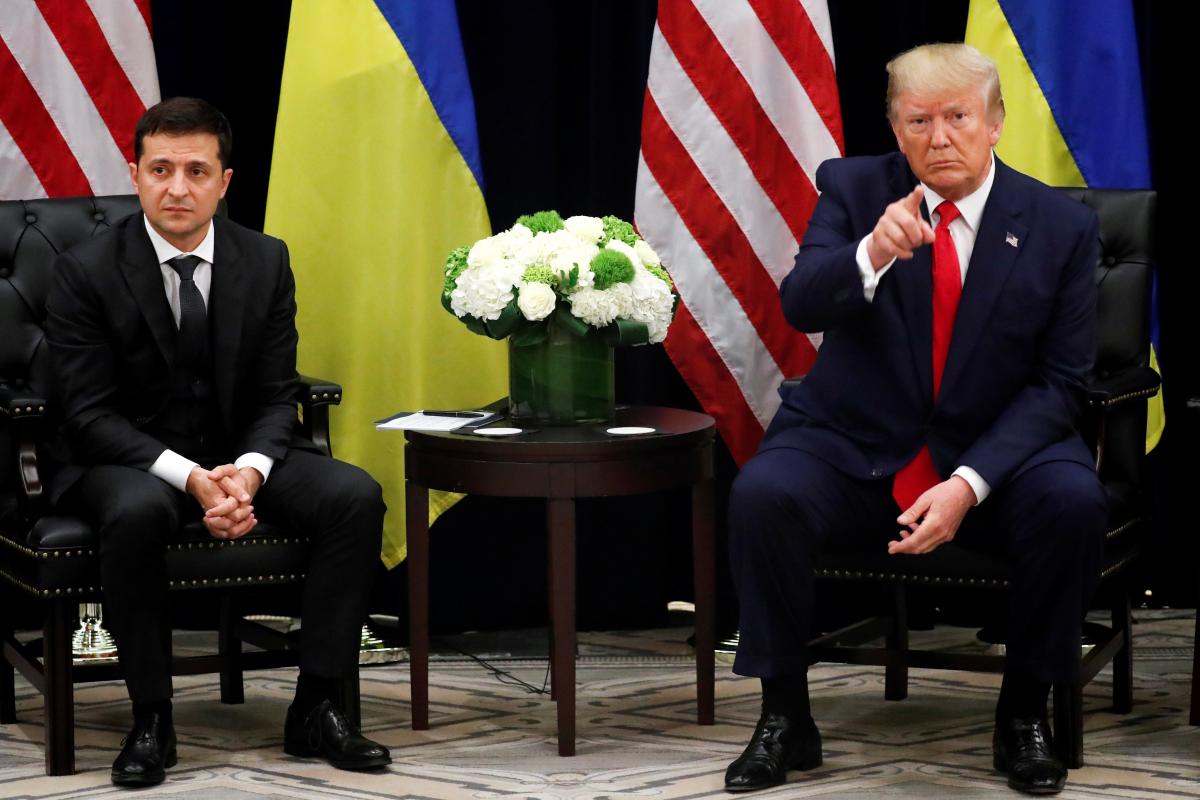 Andriy Bohdan, who heads the Office of Ukrainian President Volodymyr Zelensky, has said the president advised him to refrain from accompanying him at the leader's meeting with U.S. President Donald Trump in New York on September 25.

When asked by a journalist from the Ukrainian online newspaper Ukrayinska Pravda why Bohdan did not attend the said meeting, the President's Office chief said: "Trump meeting? Honestly, I've no idea. Volodymyr Oleksandrovych [Zelensky] said I probably shouldn't be there."

Bohdan did not rule out that the move could be due to a negative attitude towards him at the time of his appointment as head of the President's Office, the publication wrote on October 29.

As UNIAN reported earlier, U.S. President Donald Trump had his first meeting with Ukrainian President Volodymyr Zelensky on the sidelines of the United Nations General Assembly in New York on Sept 25.

If you see a spelling error on our site, select it and press Ctrl+Enter
Tags:TrumpZelenskyAndriyBohdan