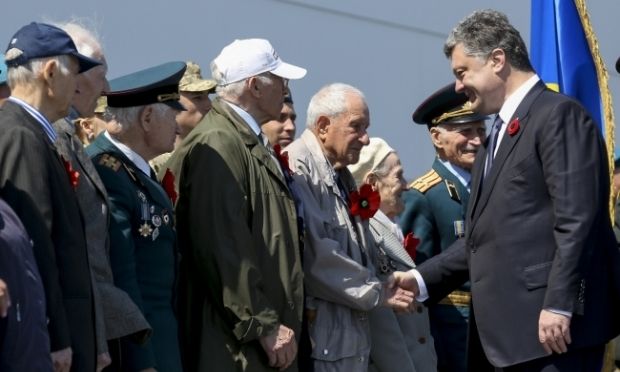 Ukraine is celebrating the 70th anniversary of Victory on May 9 / Photo from president.gov.ua

The international boycott of the military parade on Moscow's Red Square has demonstrated the support by the world of Ukraine.

This was announced by Ukrainian President Petro Poroshenko at the ceremony of the military oath by recruits of the separate presidential regiment and the 101st separate brigade of the Armed Forces' General Staff guards at the National Museum of Great Patriotic War History, an UNIAN correspondent reported.

The entire world supports Ukraine in its struggle for independence, the president said.

"The broad international boycott of today's parade on Red Square in Moscow has become one of the manifestations of the support," he said.

The Ukrainian people well deserve to have become a member of the anti-Hitler coalition, and Ukraine a United Nations member, the president added.