Merkel to Putin: Ukraine's territorial integrity should be restored 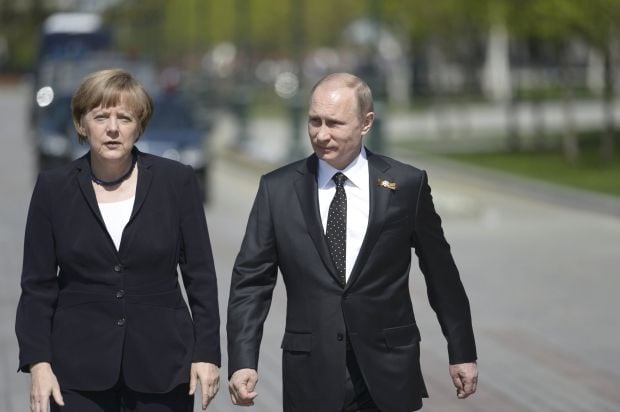 German Chancellor Angela Merkel announced this at a press conference with Russian President Vladimir Putin in Moscow on May 10.

"We should take into consideration the fact that the point at issue is the implementation of the Minsk complex of measures," eurointegration.com.ua quoted Merkel as saying.

"The point at issue is the restoration of Ukraine's sovereignty and territorial integrity, and we will continue to jointly work on that," she said.

According to Merkel, Russia's illegal annexation of Crimea and its military actions in Ukraine caused a "severe setback" to cooperation between Russia and Germany and was "a violation of the basis of the common peaceful order of Europe."