Russian President Vladimir Putin has confirmed that a Russian delegation will participate in talks in Brussels on the implementation of the economic provision of the Association Agreement between the European Union and Ukraine. 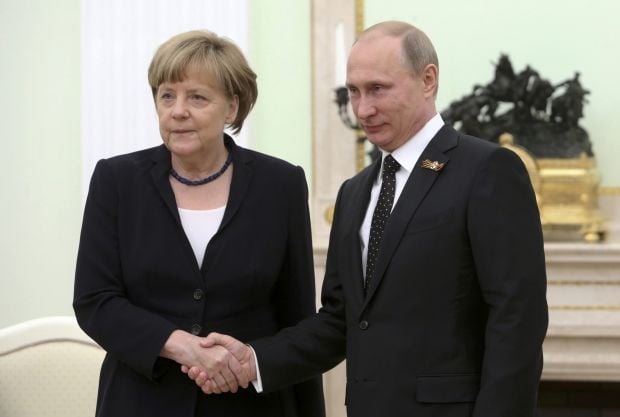 He announced this after a meeting with German Chancellor Angela Merkel in Moscow on May 10, Radio Svoboda reported.

"We also discussed our bilateral relations and spoke about the need to continue our talks on Ukraine’s association agreement with the European Union with respect to its impact on our economic interests. I want to inform you that a Russian delegation headed by the Economic Development Minister will go to Brussels on May 17–19," he said.

EU Commissioner for Trade Cecilia Malmström announced that the EU had confirmed that trilateral talks on the implementation of the economic provisions of the Association Agreement were scheduled for May 18. According to her, Ukraine will be represented by Ukrainian Foreign Minister Pavlo Klimkin and Russian Minister for Economic Development Alexei Ulyukayev will act on behalf of Russia.