Trump called Ukraine corrupt and said Giuliani was the right person for the job. 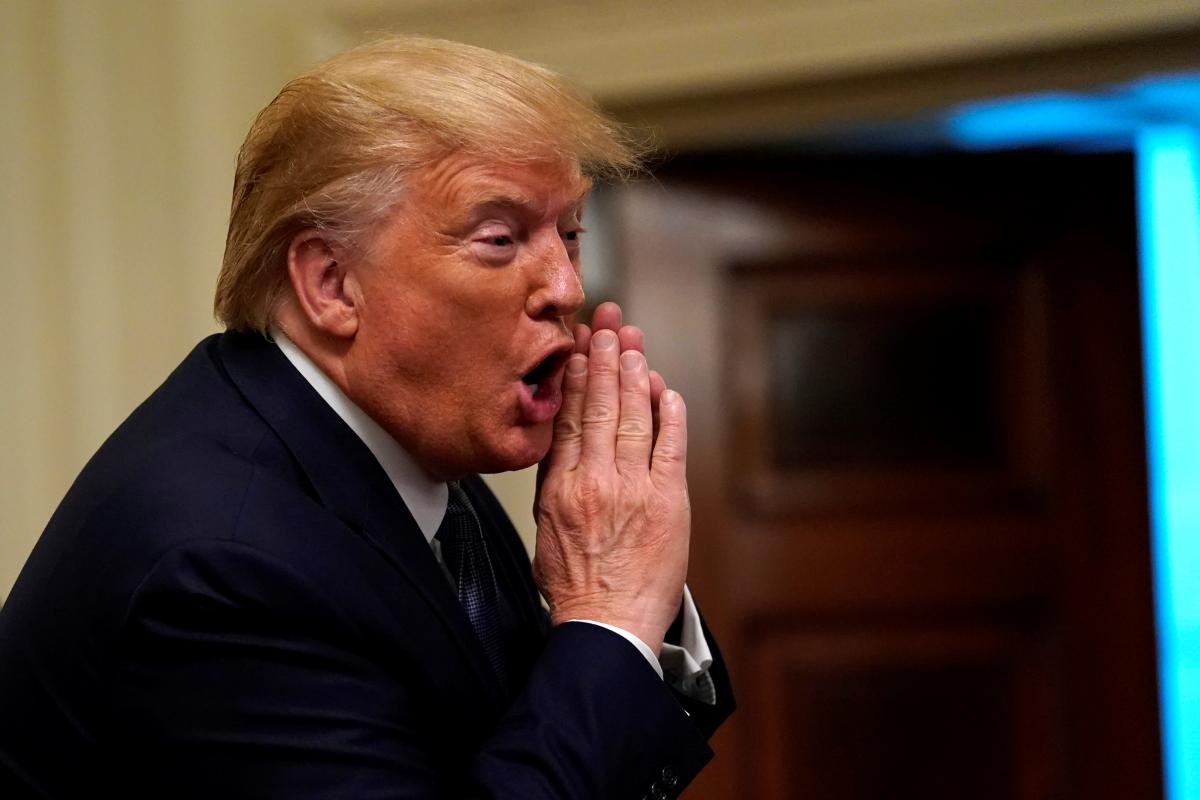 U.S. President Donald Trump on Friday offered an explanation for his use of his personal lawyer Rudy Giuliani to work on Ukraine policy – a pivotal issue in the Democratic-led U.S. House of Representatives impeachment inquiry – by citing Giuliani's crime-fighting reputation and calling Ukraine a corrupt country.

Trump made his remarks the day after the fifth and final scheduled day of public impeachment hearings that put a spotlight on Trump's controversial decision to give Giuliani, a private citizen with no formal job in his administration, an outsized role to shape U.S. policy toward Ukraine, Reuters reports.

The impeachment inquiry threatens Trump's presidency even as he seeks re-election in November 2020.

A key question in the inquiry is why Trump used his personal lawyer in such a role and not the usual government channels. During the hearings, current and former White House officials and diplomats voiced alarm at Giuliani’s activities such as trying to push Ukraine to carry out two investigations that could harm Trump’s political adversaries.

Trump called Ukraine corrupt and said Giuliani was the right person for the job.

"He's like an iconic figure in this country for two reasons. He was the greatest mayor in the history of New York and he was the greatest crime fighter probably in the last 50 years," Trump said on Fox News of Giuliani, who previously served as the mayor of the largest U.S. city and as a federal prosecutor.

A focus of the inquiry is a July 25 telephone call in which Trump asked Ukrainian President Volodymyr Zelenskiy to open two investigations.

One involved Joe Biden, a top contender for the Democratic nomination to face Trump in the 2020 presidential election, and his son Hunter Biden, who had worked for Ukrainian energy company Burisma. The other involved a debunked conspiracy theory promoted by Trump's allies that Ukraine meddled in the 2016 U.S. presidential election to hurt his candidacy and boost Democratic rival Hillary Clinton.

U.S. intelligence agencies and former Special Counsel Robert Mueller determined that Russia used a campaign of propaganda and hacking to interfere in the election to try to help Trump win.

Testimony in the impeachment inquiry has shown that Trump in May instructed top U.S. officials to work with Giuliani on Ukraine policy. This came after the president removed Marie Yovanovitch as U.S. ambassador to Ukraine at Giuliani’s urging even as the former mayor was pressing officials in Kyiv to conduct the investigations that could benefit Trump.

Democrats also are looking into whether Trump abused his power by withholding $391 million in security aid to Ukraine – a vulnerable U.S. ally facing Russian aggression – as leverage to pressure Kyiv into conducting investigations politically beneficial to Trump.

The money – approved by the U.S. Congress to help Ukraine combat Russian occupation forces in the eastern part of the country – was provided to Ukraine in September only after the controversy spilled into public view.

If you see a spelling error on our site, select it and press Ctrl+Enter
Tags:corruptionTrumpimpeachmentBidenBurismaGiulianiquid pro quo