A draft suspicion notice had long been prepared, Truba said, adding that he didn't find the issue too important to report. 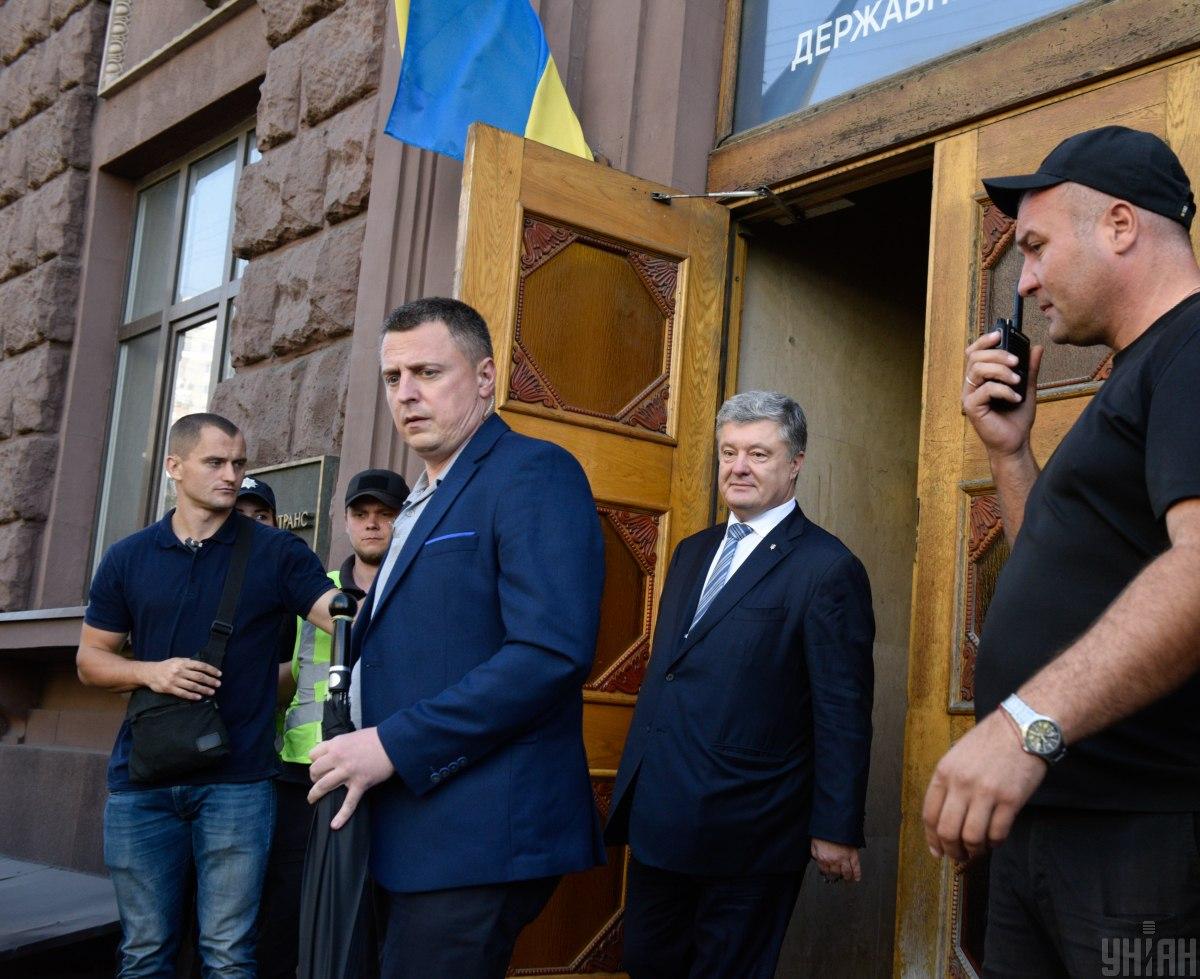 Head of the State Bureau of Investigation, Roman Truba, claims that his investigators indisputably proved that ex-president Petro Poroshenko acted "contrary to exercising his powers."

In an interview with LB.ua, commenting on the recent draft suspicion notice to Poroshenko, Truba said the charges include "public calls for violent change or overthrow of the constitutional order..." and "abuse of power or official position."

Truba clarified that the proceeding had been launched into the possible influence on the competitive procedure for the selection of members of the High Council of Justice, as well as the appointment of two of its members.

"The thing is that, by appointing HCJ members, the former president intended to influence and seize state power," Truba said, adding that he could not elaborate over investigation secrecy considerations.

"President of the country is the guarantor of the Constitution, guarantor of compliance with all laws. And there are processes that concern his exercise of powers. By his actions, the president must not violate the spelled out norms. During the investigation, it was indisputably proved, I believe, that the president [Petro Poroshenko] acted contrary to exercising his powers and in violation of the rules of this contest and of the appointments to these posts. These facts were clearly established by the investigators and became the base of a draft suspicion notice," the SBI chief said.

A draft suspicion notice had long been prepared, Truba said, adding that he didn't find the issue too important to report.

The head of the State Duma also said that there has been some progress in the proceeding into "imposing martial law in Ukraine with a view to usurping power," although he has not voiced his attitude to the case. "I hope that we will get the result very quickly. This proceeding is one of the most sensitive ones because it concerns sailors," added Truba.

In addition, he commented on the Poroshenko’s Maldives vacation case where the use of forged documents is being alleged. The case lacks factual evidence, Truba says, noting "complications" in the proceeding.

"This proceeding is being complicated by the fact that we have to get a lot of information from other governments. Unfortunately, at the moment I can state the fact that some state institutions are working improperly, which makes it difficult to establish the truth in this case. There is very little information in the Ukrainian government bodies about this trip," said Truba.

The official also noted that a ruling by the Supreme Court on the legality of Mikheil Saakashvili's deportation from Ukraine  will affect the relevant investigation by the SBI.

"Any decision, including the court’s decision, will be subject to study in criminal proceedings. But that's at the investigator's discretion, whether to consider it or not," said Truba.

The head of the SBI also said that there was no draft suspicion prepared in proceedings regarding the alleged "tax evasion" regarding the sale and purchase of Priamiy TV Channel.

If you see a spelling error on our site, select it and press Ctrl+Enter
Tags:PoroshenkoprobeinvestigationSBITruba