Trump and some of his fellow Republican supporters have promoted a theory that Ukraine, not Russia, sought to interfere in the 2016 U.S. vote. 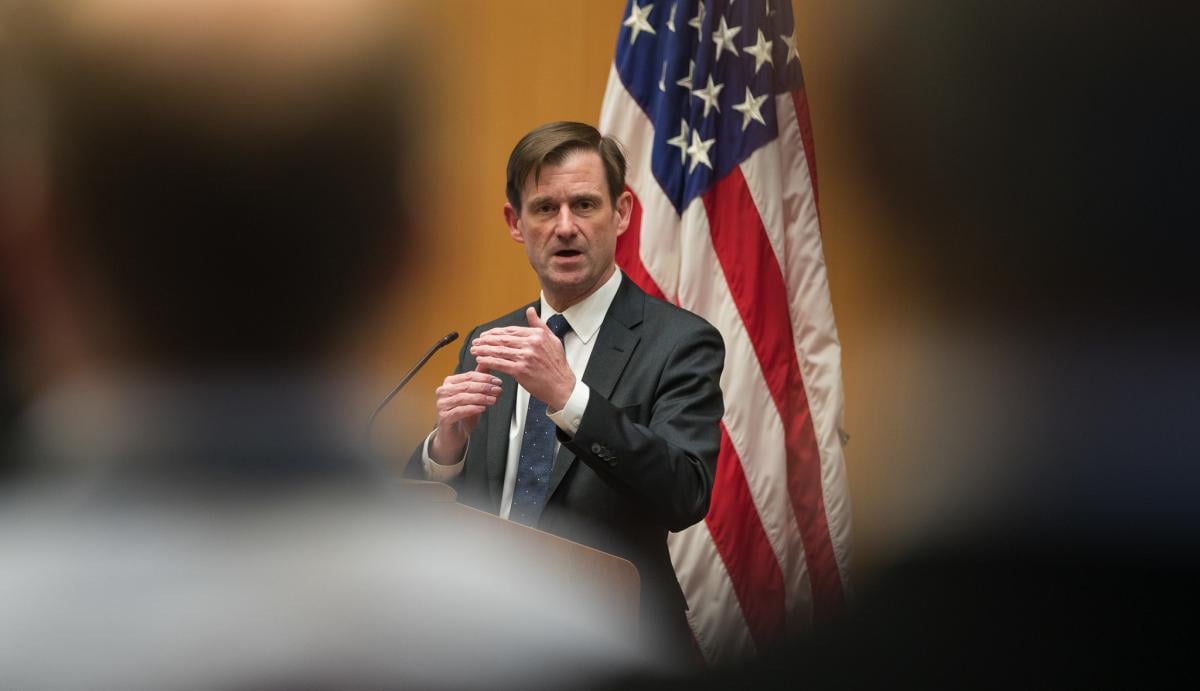 A top U.S. State Department official said on Tuesday he had seen no evidence that Ukraine - not Russia - interfered in the 2016 U.S. elections, undermining an argument used by some supporters of President Donald Trump as he faces an impeachment investigation.

When asked if he agreed that Russian interference in the U.S. election was a "hoax," U.S. Under Secretary of State for Political Affairs David Hale, the No. 3 State Department official, told a Senate Foreign Relations Committee hearing, "No," Reuters reports.

When asked if he was aware of any evidence to support such a theory, Hale said, "I am not."

Trump and some of his fellow Republican supporters have promoted a theory that Ukraine, not Russia, sought to interfere in the 2016 U.S. vote.

In a July telephone call with Ukrainian President Volodymyr Zelensky, Trump asked Zelensky to look into a conspiracy theory that Ukraine, not Russia, interfered in the 2016 election and that an email server used by the Democratic Party was hidden in the country.

The call has been central to the impeachment inquiry into Trump in the Democratic-led U.S. House of Representatives.

In recent testimony before the House Intelligence Committee, former National Security Council official Fiona Hill said the conspiracy theory was a “fictional narrative” crafted by Russia. Hale said he agreed with that assessment.

If you see a spelling error on our site, select it and press Ctrl+Enter
Tags:meddlingelectionsimpeachmentconspiracy theories