Poroshenko in Germany meets with presidents of France, Finland, EC and EP officials 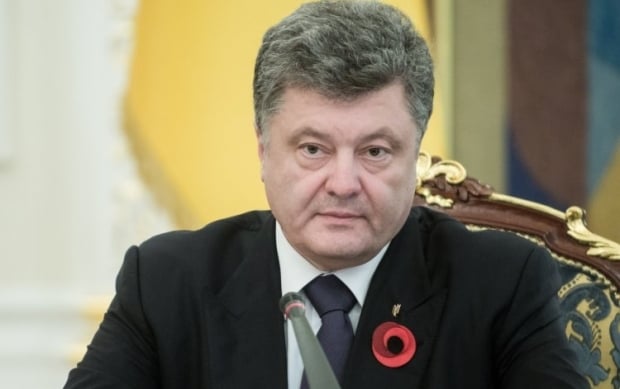 Poroshenko met with his French and Finnish counterparts Francois Hollande and Sauli Niinisto, the presidential press service reported. He also met with President of the European Commission Jean-Claude Juncker and Chairman of the European Parliament's Committee on Foreign Affairs Elmar Brok.

In particular, Poroshenko obtained support of Finland in the issue of further consolidation of the EU's position on Ukraine at the meeting with President of Finland Sauli Niinisto. The parties discussed the situation in Donbas and the fulfillment of the Minsk agreements. Niinisto in turn invited Poroshenko to visit the Mannerheim Line at his convenience. The Ukrainian president in exchange invited his Finnish counterpart to come to Ukraine.

At the meeting with President of France Francois Hollande in Aachen, Poroshenko emphasized that Ukraine fully implemented all clauses of the Minsk agreements, while militants were violating the ceasefire. The Ukrainian president thanked his French counterpart for the support of France in the promotion of the peaceful process.

The French president in turn declared support to additional measures for the Minsk Implementation Plan. The parties also discussed the situation in Donbas, particularly in the context of deploying a peacekeeping mission.

What is more, the presidents discussed the progress of Ukraine on the track of European integration. Poroshenko said he was hopeful that the Eastern Partnership Summit in Riga would result in a positive evaluation of Ukraine's efforts aimed at the introduction of the visa-free regime with the EU.

When meeting with President of the European Commission Jean-Claude Juncker, Poroshenko discussed prospects for economic cooperation between Ukraine and the European Union, particularly in energy issues. "We are interested in the EU's investment in our energy sector," the Ukrainian president emphasized. The parties also touched upon further joint steps aimed at the full implementation of the Minsk agreements.

Among other things, the parties coordinated joint efforts pending the Eastern Partnership Summit in Riga, particularly in the context of putting forward the perspective of the visa-free regime with the EU for Ukrainians. Juncker once again emphasized that the European Commission supported Ukraine on its path of reforms.