Monakhova reiterated the law does not regulate the use of the Ukrainian language in the private sphere. 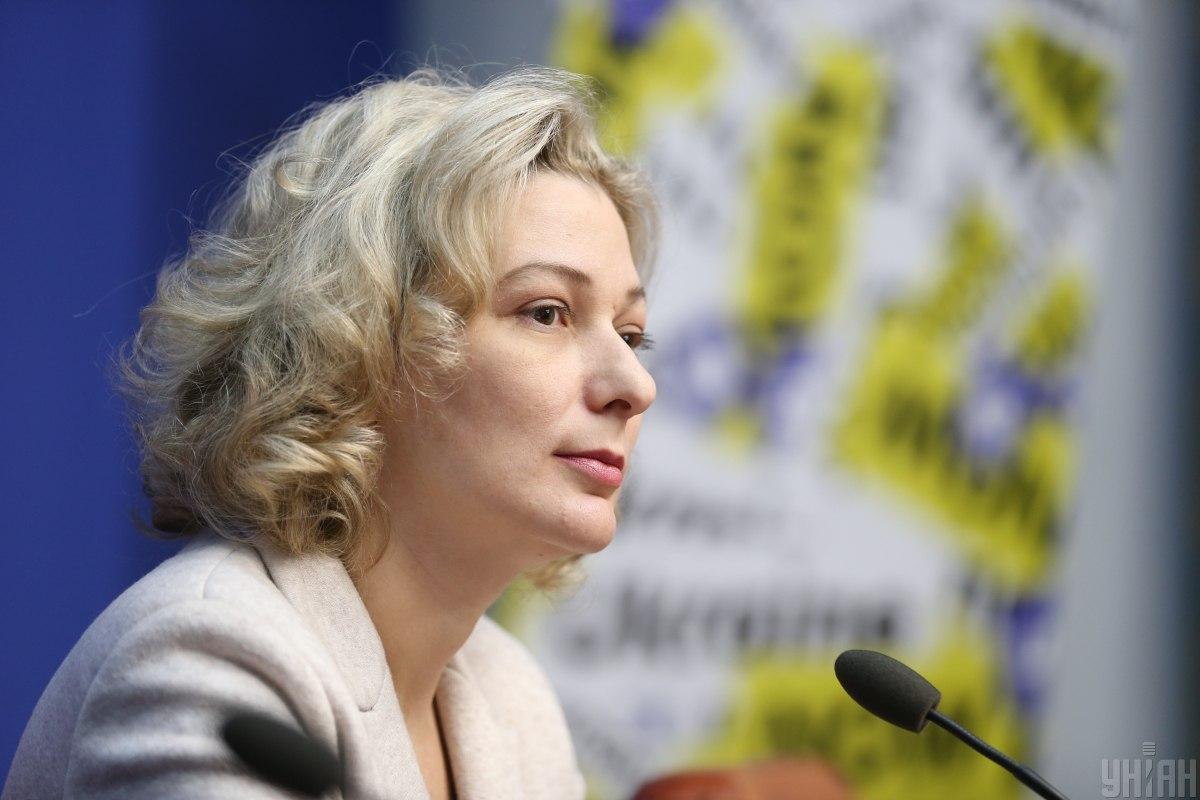 Tetiana Monakhova, a newly introduced authorized representative for protection of the official language, says that fines for not using Ukrainian in official communication deliberately will be introduced in two or three years.

"What language to speak with children or parents, friends, use in letters, messages on social networks is a person's own choice. However, in official communication, when a person askes the state: 'Protect me, teach me, make me healthy, provide me with a job,' the state requires the use of the official language," she said, according to an UNIAN correspondent.

Monakhova also recalled that there is no criminal liability for violating the language, yet, there will be administrative liability with fines that will be introduced only in two or three years.

In addition, Monakhova said when the Office of the Commissioner for the Protection of the Official Language starts working, citizens will be able to file complaints about a violation of their language rights, and the office will respond accordingly: first explain and warn, and in case of a repeated violation of language rights, go to court to make violators administratively liable.

"We will have a secretariat, a legal department, a linguistic examination department, which will determine whether a certain expression degrades the Ukrainian language in the public space. The Language Ombudsperson's Office will create own accounts on social media and will set up a public council," Monakhova said.

As UNIAN reported earlier, the law on ensuring the functioning of Ukrainian as the official language entered into force on July 16, 2019. On November 27, the Cabinet of Ministers appointed Monakhova as Commissioner for the Protection of the Official Language. On December 10, Monakhova announced that the Language Ombudsperson's Office would start working in six months.