Serbia is unable to join the EU's decision on anti-Russian sanctions, as this will have economic consequences for the country, according to Serbian PM Aleksandar Vucic. 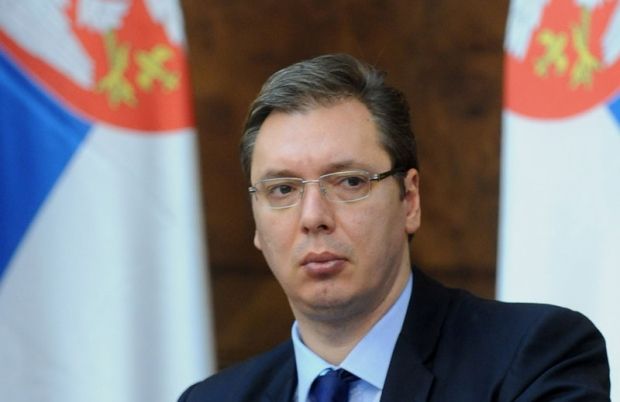 Serbia is unable to join the European Union's decision on sanctions against Russia over Ukraine, as this will have economic consequences for the country, Serbian Prime Minister Aleksandar Vucic told Germany's Die Welt, according to eurointegration.com.ua.

"Support of sanctions against Russia implies economic consequences, and Serbia is unable to cope with them. We must ensure our economic survival. After all, we are still outside the EU, and no one helps us," Vucic said.

At the same time, the Serbian prime minister stressed his country is seeking to join the EU.

"We have advanced in the dialogue with Pristina; we have carried out painful economic reforms and initiated austerity measures. Belgrade has made it without pressure from outside," he said.

However, Vucic said, Serbia is not going to break off relations with Russia.

"We are interested in good relations with Russia – there is nothing shameful about that," he added.

Vucic also said that when meeting with Vladimir Putin at a military parade in Moscow on May 9, he told the Russian president about Serbia's plans to join the EU.