Zelensky: If I had 100 Berkut police troops, I would swap them all for just one intel operative

The president commented on the controversy around the inclusion in the swap lists of ex-Berkut riot police troops who had been on trial in the Maidan deadly shooting case. 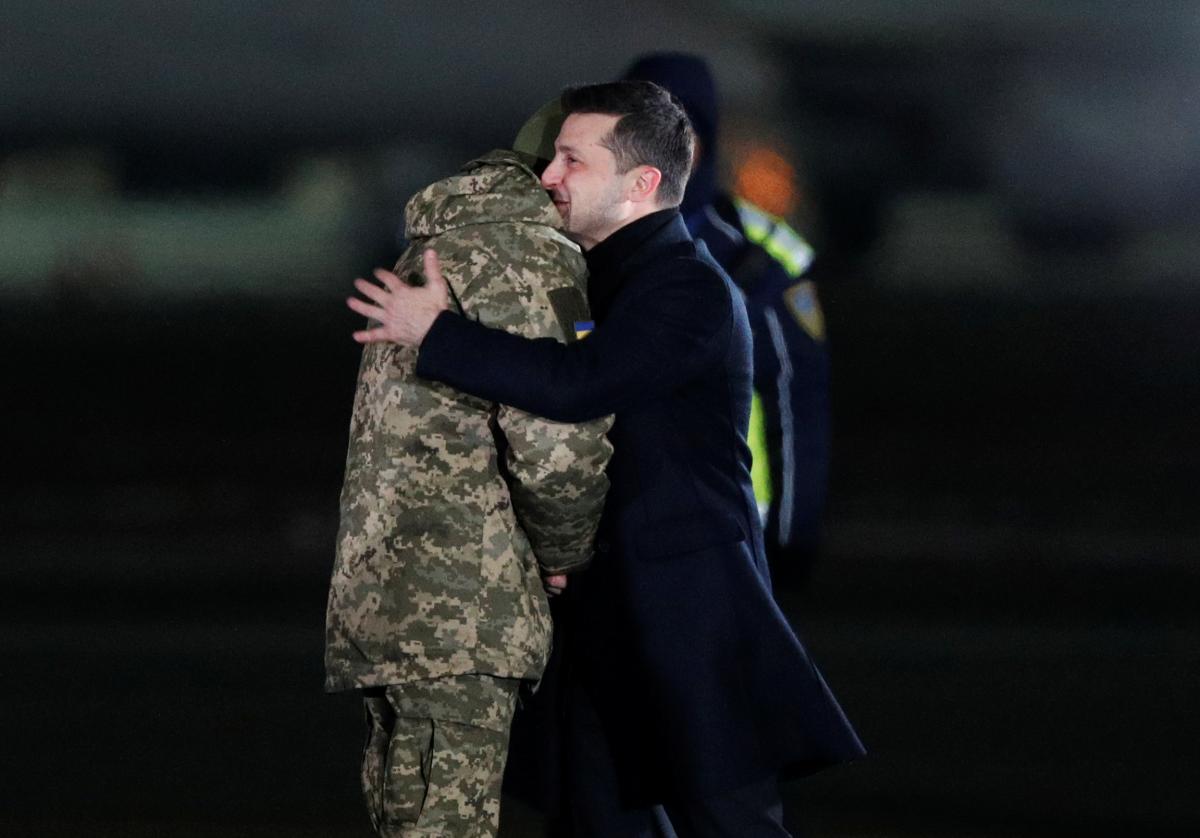 President of Ukraine Volodymyr Zelensky said his priority is the return of "the living", so if he had 100 "Berkut troops", he would exchange them even for one Ukrainian intelligence officer.

"I believe that our fighters, our military, our journalists are all heroes, and I'm sure that the priority for us is to have our people returned. I respect all parents and families who have lost their loved ones at the Maidan Square. Unfortunately, we can't return those who are no longer with us, but we could return the living, and I'm sure that this is our priority," Zelensky told journalists at the Boryspil airport after meeting those released from captivity in the occupied Donbas on Sunday, according to an UNIAN correspondent.

Zelensky noted that two of the five ex-Berkut troops had been under house arrest by the swap date.

"They look different from our guys. They aren't skinny, they haven't been beaten up by other people – over these five years their life was pretty much tolerable," the president said, suggesting that, had the Berkut troops been found guilty, they could have been sentenced to 5-6 years in prison, while Ukraine ultimately managed to bring dozens of fellow citizens home.

As part of the exchange, Ukraine handed over a group of the Berkut riot police troops, indicted on charges of mass killings during protests at the Maidan in 2014: Oleh Yanishevsky, Serhiy Zinchenko, Pavlo Abroskin, Serhiy Tamtur, and Oleksandr Marinchenko. A day before the swap, the court released the said men from custody on personal recognizance, which sparked mixed reactions among Ukrainian citizens.

If you see a spelling error on our site, select it and press Ctrl+Enter
Tags:MaidanintelligenceBerkutprisonerswapZelensky