Ambassador of Ukraine to the U.S. Volodymyr Yelchenko and recently appointed Honorary Consul Iryna Mazur took part in the ceremony. 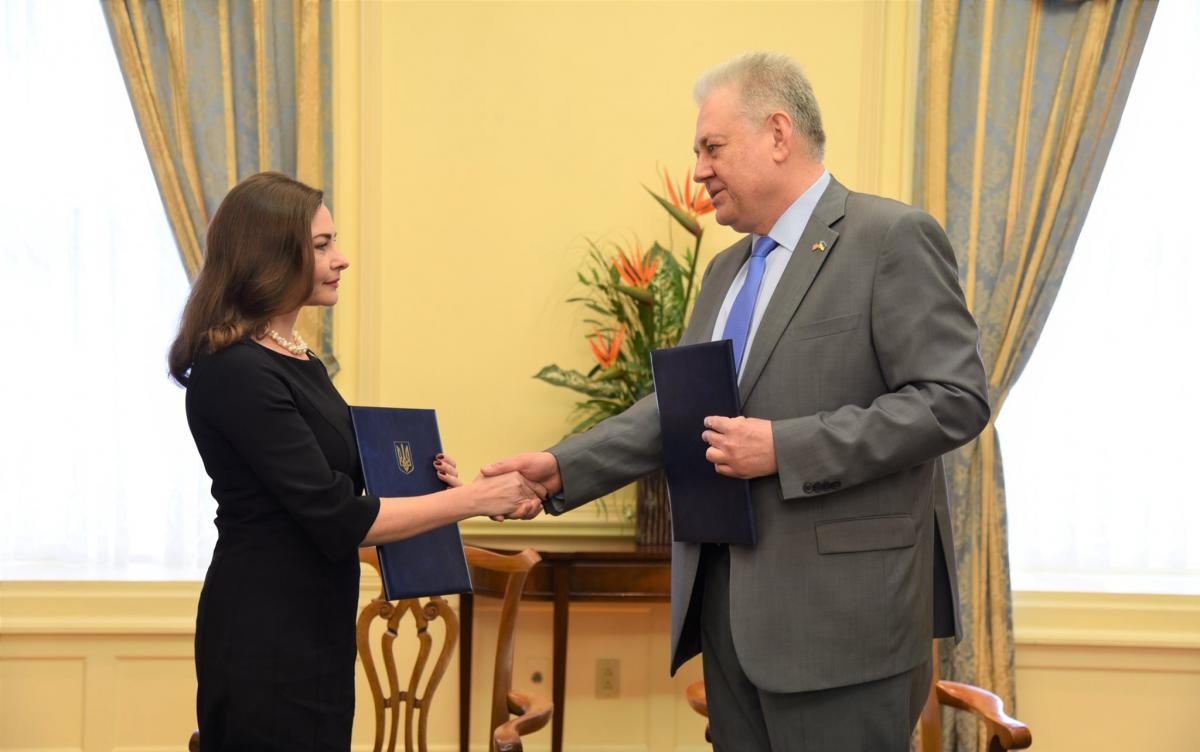 Ukraine will open an Honorary Consulate in Philadelphia, the United States.

Prior to this, Yelchenko held the positions of Permanent Representative of Ukraine to the United Nations in New York and Ambassador of Ukraine in Jamaica (concurrently).

If you see a spelling error on our site, select it and press Ctrl+Enter
Tags:UkraineUSAConsulateembassyYelchenko