The Interior Ministry took note of materials published on January 14 by investigators of the U.S. House of Representatives about possible illegal surveillance in Ukraine of former U.S. envoy Yovanovitch. 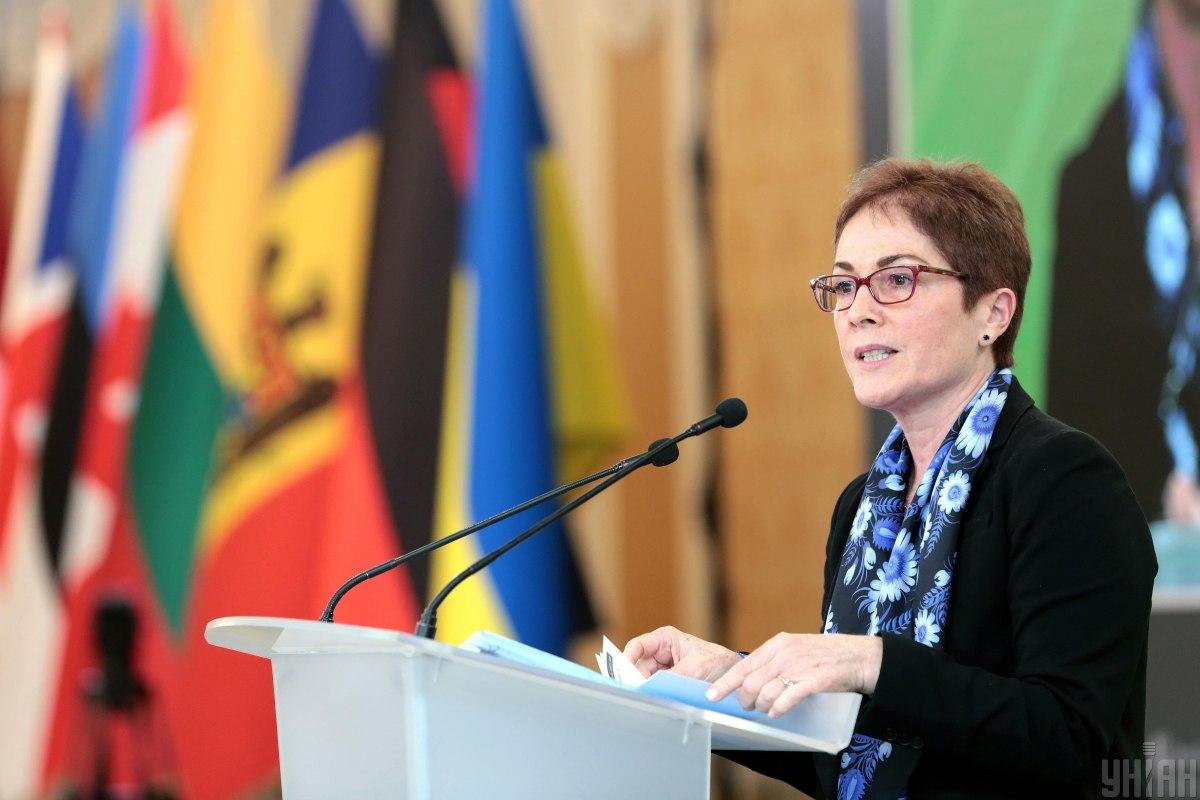 The National Police of Ukraine have begun criminal proceedings after the U.S. House Intelligence Committee published materials stating that former U.S. Ambassador to Ukraine Marie Yovanovitch had allegedly been under illegal surveillance and possible interference with her electronic gadgets by private individuals on orders from U.S. citizens.

"The Interior Ministry, in accordance with the requirements of international and national legislation, guarantees the protection, security and inviolability of diplomats of any foreign state in Ukraine, including representatives of the diplomatic corps of the United States," Deputy Director for International Cooperation Department at the Interior Ministry of Ukraine Denys Lenets said at a briefing on Thursday, according to an UNIAN correspondent.

The Interior Ministry took note of materials published on January 14 by investigators of the U.S. House of Representatives about possible illegal surveillance in Ukraine of former U.S. envoy Yovanovitch.

"As you know, the House Intelligence Committee has published notes and other documents stating that during the then U.S. Ambassador to Ukraine Marie Yovanovitch's term, she was allegedly under illegal surveillance and [faced] possible interference with her electronic gadgets by private individuals on orders from U.S. citizens," Lenets said.

He noted that Ukraine's position was not to interfere in U.S. domestic affairs. However, Lenets added the published records contain a fact indicating a possible violation of the legislation of Ukraine and the Vienna Convention on Diplomatic Relations, which protects the rights of a diplomat in the territory of another state.

He said Ukraine could not ignore such illegal actions on its territory.

Having analyzed these materials, the National Police of Ukraine have initiated criminal proceedings upon on the fact of their publication under Part 2 of Article 163 (violation of the secrecy of correspondence, telephone conversations, telegraphic or other correspondence) and Part 1 of Article 182 (illegal collection, storage, use of confidential information about a person, violation of privacy) of the Criminal Code of Ukraine.

"Our goal is to promptly investigate whether there was a violation of Ukrainian and international legislation. After that, there must be an appropriate response. Or it was just bravado and fake in an informal conversation between two U.S. citizens," the official said.

According to Lenets, using international mechanisms, Avakov invited the American side to take part in such a probe. "Ukraine is looking forward to U.S. feedback on the invitation and hopes for cooperation," he added.

As reported earlier, Chairman of the U.S. House Foreign Affairs Committee Eliot Engel said the reports that had been published as part of the impeachment case against U.S. President Donald Trump indicated that former U.S. Ambassador to Ukraine Marie Yovanovitch had been under surveillance before she was fired.