"Don't take it so seriously": Ischinger on controversial "Munich Plan" for Donbas settlement

Ischinger believes that Europe shouldn't accept Russia's isolation and should instead strengthen dialogue with Moscow. 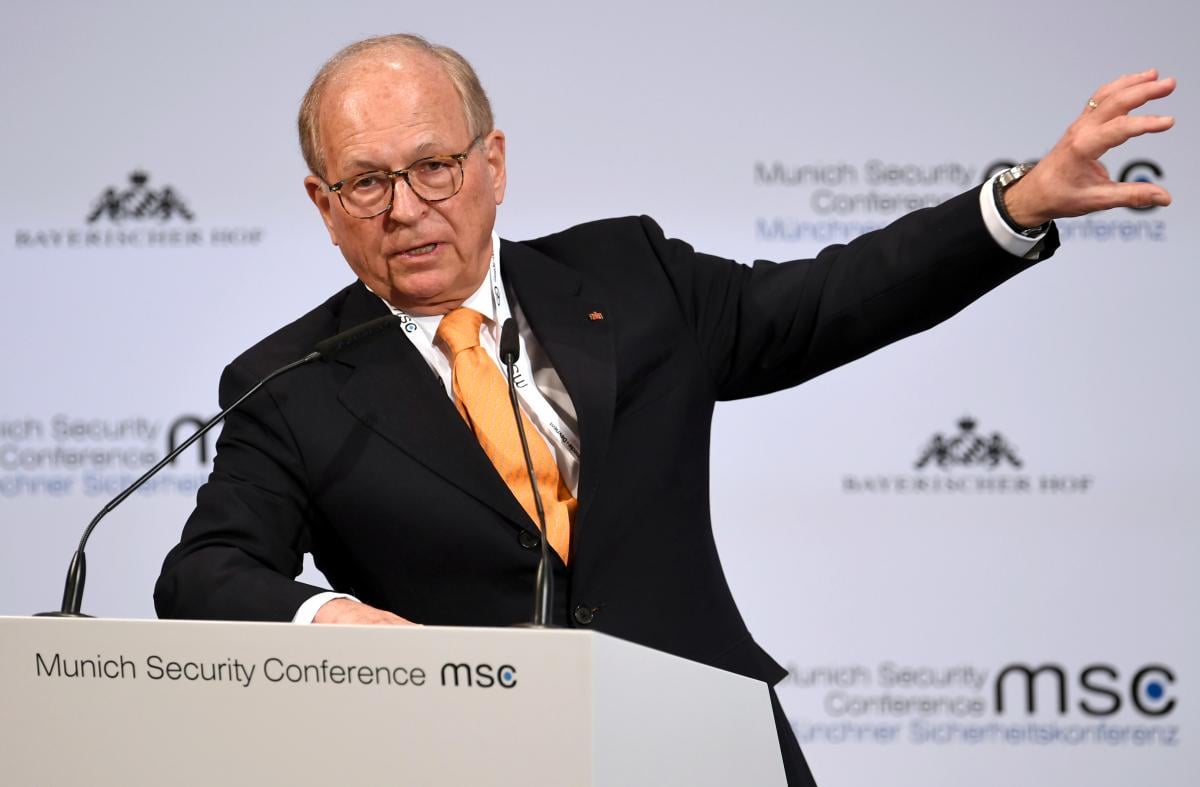 Chairman of the Munich Security Conference, Wolfgang Ishinger, has commented on the scandalous "Munich Plan "Twelve Steps toward Greater Security in Ukraine and the Euro-Atlantic Region", which was developed, including, by the Russians.

Ischinger believes that Europe should not accept Russia's isolation and should instead strengthen dialogue with Moscow, keeping the doors open – that's despite the Kremlin's actions in Syria, Georgia, and Ukraine, TSN Tyzhden reports.

Ischinger also wonders why the document sparked such a controversy.

"I did privately sign this document, just like Carl Bild did. But there is no reason to be so indignant. We put forward many different offers and I hope that from time to time we make reasonable ones. But all this should not be taken so terribly seriously," Ischinger said, according to a report delivered in Ukrainian.

As reported earlier, the Plan titled "Twelve Steps toward Greater Security in Ukraine and the Euro-Atlantic Region" appeared on the website of the Munich Security Conference before being taken off the website.

However, later, the document was put on the website again.

The document noted that its signatories were the chairman of the Munich Security Conference, Wolfgang Ischinger and former Russian Foreign Minister Igor Ivanov.

The document did not address Russia's military aggression against Ukraine and the occupation of Ukrainian territories, at the same time echoing certain talking points and narratives of Russian propaganda.

The Plan offered the gradual lifting of sanctions off of Russia subject to the step-by-step implementation of the Minsk agreements and the start of a comprehensive dialogue in Ukraine regarding national identity, which would take into account the positions of Russia, Hungary and Poland.

The Ministry of Foreign Affairs of Ukraine said the document was not official paper and contradicted the official position of Ukraine.