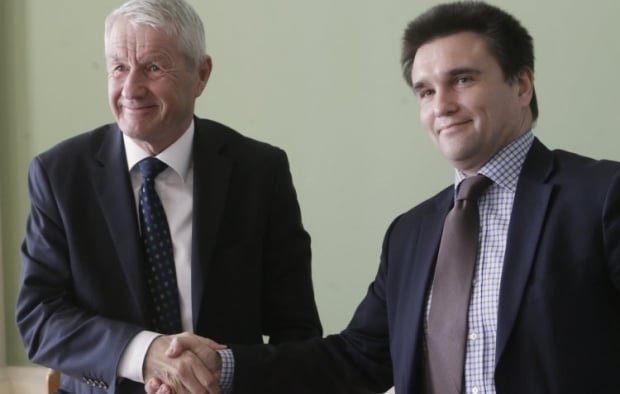 "Yesterday [June 9] I was notified by the Foreign Minister of Ukraine Pavlo Klimkin that given the emergency situation in the country, the authorities of Ukraine decided to use Article 15 of the European Convention on Human Rights to derogate from certain rights enshrined in the Convention. The European Convention on Human Rights continues to apply in Ukraine, and Ukraine remains committed to the Council of Europe," Jagland was quoted in a Council statement issued on Wednesday.

According to him, this decision will not prevent the European Court of Human Rights from examining applications concerning Ukraine. It will not result in any substantial changes in the project activities of the Office of the Council of Europe in Kyiv.

"In view of the deteriorating security situation in the East of Ukraine, I call on all parties to immediately stop violence and bloodshed resulting in loss of lives. I urge them to take all measures to fully implement the Minsk Agreements without delay. Further escalation of the conflict will have unacceptable consequences for security, stability and human rights in Ukraine and in Europe as a whole," he said.

The Ukrainian authorities have indicated that the derogation would apply only in zones covered by the "anti-terrorist operation."

"The Ukrainian authorities shall keep the Secretary General fully informed of the measures taken and reasons for taking them, as well as of any changes in their territorial application," the statement reads.

Derogation in times of emergency, war or in other circumstances threatening the life of a nation is foreseen by the European Convention on Human Rights, and has been used in the past by other State Parties.

According to the Council of Europe, the derogation deposited under Article 15 does not mean that Ukraine is no longer bound by the European Convention on Human Rights, that it is no longer a member of the Council of Europe, or that our co-operation is being put on hold. The European Court of Human Rights will assess in each case whether the derogation is justified.