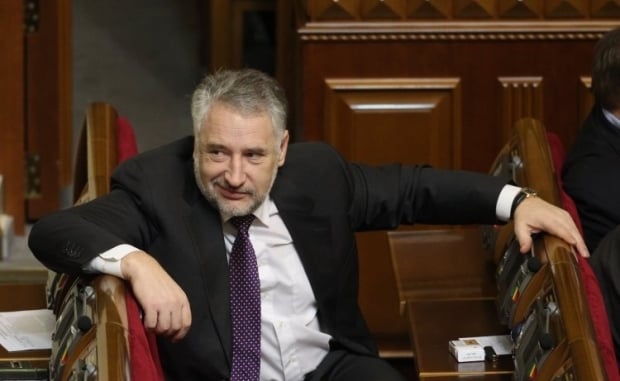 "Today I'd like to introduce new chairman of Donetsk Regional State Administration – Pavlo Ivanovych Zhebrivskiy," Poroshenko said at a meeting with activists  during his visit to Donetsk region on Thursday.

"I have offered General Kikhtenko a new, responsible job. He'll work beside me, will help Pavlo Ivanovych [Zhebrivskiy], and will take care of, among other things, issues of Donetsk region," the president said.

As UNIAN reported earlier, the Ukrainian government on June 5 decided to issue a formal recommendation to President Poroshenko, asking him to dismiss Donetsk Regional Governor Kikhtenko. The reason given for this request was "the inappropriate fulfillment by Kikhtenko of his duties." Kikhtenko was earlier criticized by Poroshenko for failing to ensure deadlines for the construction of fortifications in Donetsk region.

Since January 19, 2015, Zhebrivskiy had been in charge of the anti-corruption department at the Prosecutor General's Office of Ukraine.