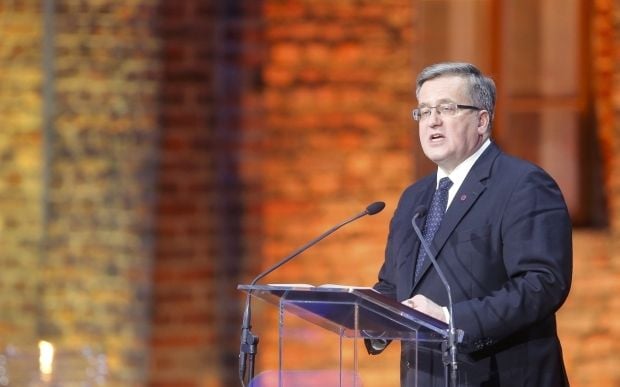 "The Western countries should foster mutual understanding and solidarity," Komorowski said while opening the second day of the Wrocław Global Forum on Friday, the Ukrainian Service of Radio Poland reported.

"This understanding should be mutual – the West European countries should understand their eastern and southern neighbors," the Polish president said.

According to him, Russia's aggressive policy not only disputes Ukraine's borders, but also undermines the foundations of the global order.

Komorowski said that, according to public opinion polls, some communities in Europe are not ready to defend their countries. Therefore, he said, the unity of the West must be constantly strengthened. "Otherwise, the foundations of our freedom, including the Polish freedom, which we regained 25 years ago, may weaken amid hardships, at the moment of crisis," Komorowski added.

The Wrocław Global Forum, held on June 11-13 this year, is an annual conference devoted to transatlantic economic cooperation and political relations between the European Union and the United States.