Saakashvili wants to reduce Odesa region's administrative staff by over 90% 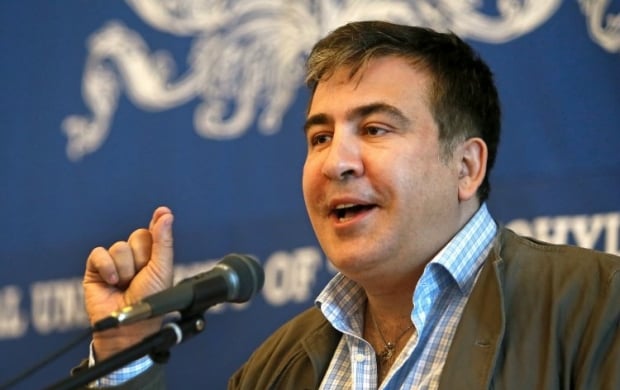 "Our structure consists of 800 people. Not more than 50 are needed to work normally, to be honest. I used to visit Odesa many times, but I don't know anybody. This is my weak and strong point at the same time. We will look for new people. Some good people work for the administration now, but in general we'd like to see new faces," Saakashvili said at a strategic congress of Odesa region on Sunday, an UNIAN correspondent reported.

He also asked participants in the congress to help form a team from "absolutely new people."

A contest has been announced already to hire personnel, he said. A fund will be set up soon to pay decent salaries to the members of the new team.

Saakashvili mentioned an audit department as an example – it is large in number, but its auditors in fact do not carry out any inspection. "They say they haven't inspected anybody as there is no schedule," he said, adding that the auditors ask to help select a facility for inspection as 'it's no good to decide on their own.'

Saakashvili expressed hope that the administration in Odesa region would be the fairest and transparent. "You are the real power, we're just a tool. An instrument that has to service you," he added.

The city of Odesa hosted a strategic congress on the development of Odesa region on Sunday. It gathered over 600 activists, experts, entrepreneurs, cultural workers and representatives of the region's local self-government.

The congress was initiated by Saakashvili and held with the support of the Nova Kraina civic platform.