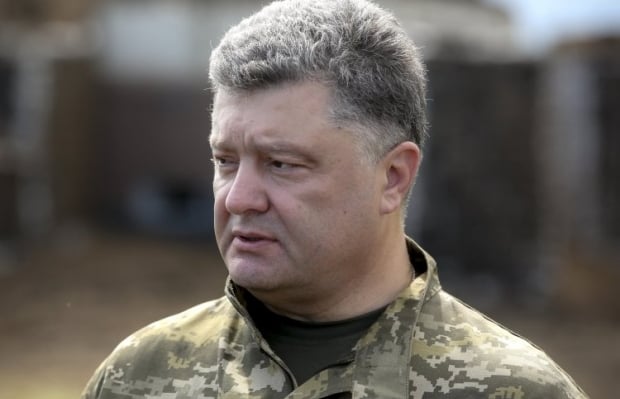 Poroshenko says Russia has changed its tactics / Photo from UNIAN

"Russia has changed its tactics," Poroshenko said during a meeting with senior officers of the Security Service of Ukraine, or the SBU, during which the president introduced interim chief of the SBU Vasyl Hrytsak, who had worked as the SBU's first deputy chairman prior to his appointment, according to the presidential press service.

Poroshenko says that if earlier the Russian Federation counted on military success along the contact line, it has now set a task to intensify subversive activity inside Ukraine amid the increased efficiency and combat capacity of the Ukrainian army.

The president said Hrytsak had been working at the Security Service for a long period of time. He headed the SBU's Anti-Terrorist Center. He was among those who created the Joint Staff of the SBU's Central Directorate in the Anti-Terrorist Operation zone in eastern Ukraine and the Special Operations Forces jointly with the Ukrainian armed forces and the National Guard of Ukraine.

"A mature, battle-tried, reliable and experienced professional – I'm sure that all of these your traits will help the SBU fulfill the priority tasks, which have been set and stipulated in current laws and the approved National Security Strategy," Poroshenko said, addressing Hrytsak.

It is the Verkhovna Rada that decides on the appointment of the SBU's chief, therefore Hrytsak should persuade Members of Parliament of his talents, Poroshenko added.