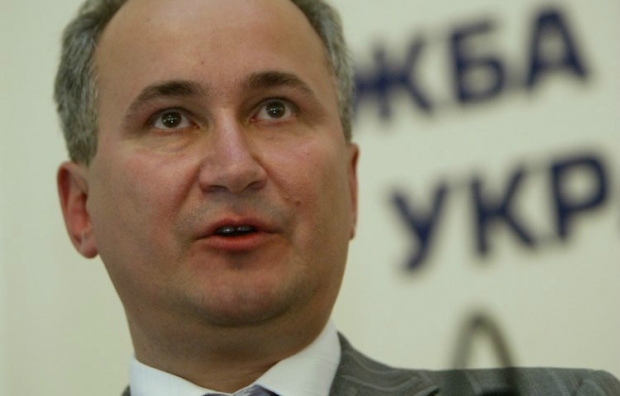 "First Deputy Chairman of the Security Service of Ukraine Vasyl Serhiyovych Hrytsak [has been commissioned] to temporarily perform the duties of the SBU Chairman," the order reads.

As UNIAN reported earlier, the Verkhovna Rada of Ukraine on Thursday approved a No. 2110-A resolution on the dismissal of Valentyn Nalyvaichenko as SBU Chairman. The decision scored 248 votes out of the 364 MPs registered in the session hall.

Nalyvaichenko's adviser Markian Lubkivskiy handed in his resignation after his chief.

First Deputy Chairman of the parliamentary faction of the Petro Poroshenko Bloc Ihor Kononenko forecasts that a new SBU chief could be appointed next plenary week on June 30 – July 3.

"We don't know the name of a nominee for the SBU chief's post at the moment. While meeting with the leaders of the [parliamentary] coalition yesterday, the president [Petro Poroshenko] said that in all cases he would hold consultations on the new candidate with every political force before a vote [in parliament] is taken," Kononenko said.

Chairman of the Petro Poroshenko Bloc faction Yuriy Lutsenko in turn claims that "the president believes that in the current situation a career intelligence official rather than a politician should head the SBU."