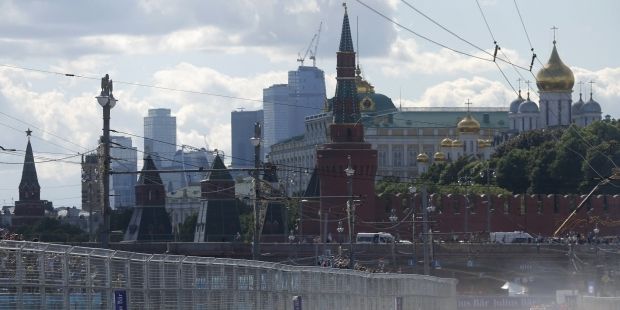 "And, so as not to break everything up, we have agreed together that we will be coordinating our activities on Ukraine on a bilateral basis for the time being," Russian presidential chief of staff Sergei Ivanov said in an interview shown in a Saturday analytical program hosted by Sergei Brilyov on the Rossiya-1 TV Channel.

According to him, there was an agreement to set up a special U.S.-Russian bilateral format with the participation of U.S. Assistant Secretary of State Victoria Nuland and Russian Deputy Foreign Minister Grigory Karasin, who had to coordinate U.S. and Russian efforts in settling the Ukraine crisis.

In his words, U.S. Secretary of State John Kerry's visit has "demonstrated that the Americans are also starting to worry" that the situation in Ukraine might go out of control.

"And most likely, they have started wishing to really settle that crisis," he added.

Ivanov stressed that Russia supports the existing Ukrainian borders, which include the Donbas territory seized by Russian-backed militants now.

"I believe we have exerted very serious influence, because the rebels have made a fundamental step – they've changed their position. They already voted for their independence last year, but now they say: 'We are ready to remain part of Ukraine if the Minsk agreements are implemented,'" he said.