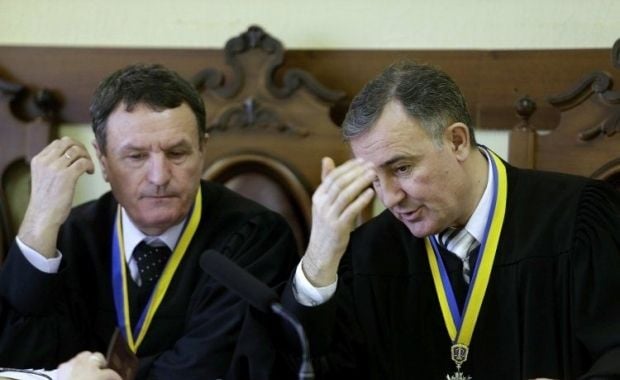 The initiator of the document is MP Ruslan Knyazevich, who is chairman of the Parliamentary Committee on Legal Policy and Justice.

Earlier former MP from Batkivshchyna party Serhiy Sobolev said that this issue may be considered by the Verkhovna Rada as early as today.

As reported earlier, on June 24, the Prosecutor General's Office reported Chernushenko was suspected of committing serious criminal offenses. Prosecutor General Viktor Shokin initiated that he should be removed by the High Qualification Commission of Judges of Ukraine from performing his duties and appealed to the parliament with a request for permission to arrest Chernushenko.

The Chairman of Kyiv's Court of Appeals is suspected of passing obviously unjust court rulings.

Some media released SMS messages where Chernushenko mentioned which decisions should have been taken in certain cases, also citing the names of defendants in the cases.