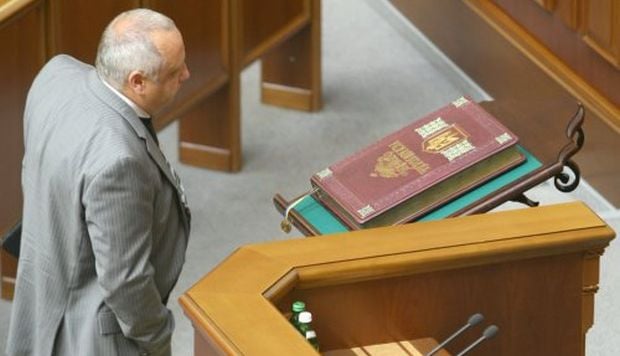 The Constitution at Ukraine's Verkhovna Rada / Photo from UNIAN

The draft was earlier supported both by the Constitutional Commission and the Venice Commission.

In particular, according to the plan, a community should become a primary unit in the system of administrative and territorial structure of Ukraine. The Verkhovna Rada will be entitled to form communities, districts and regions, while the president will be able to temporarily suspend the powers of heads of communities.

Poroshenko stressed that decentralization does not mean weakening of the central government in such issues such as defense, foreign policy, national security, the rule of law, and respect for civil liberties.

The president also noted that draft amendments do not provide for any special status of Donbas, only involving the possibility of a specific regime of local governing in some areas of Donetsk and Luhansk regions, which is to be determined by a separate law.