Poroshenko: Decentralization has nothing in common with federalization

Ukrainian President Petro Poroshenko says that decentralization will not weaken central authorities in the sphere of defense and national security, and has nothing in common with federalization. 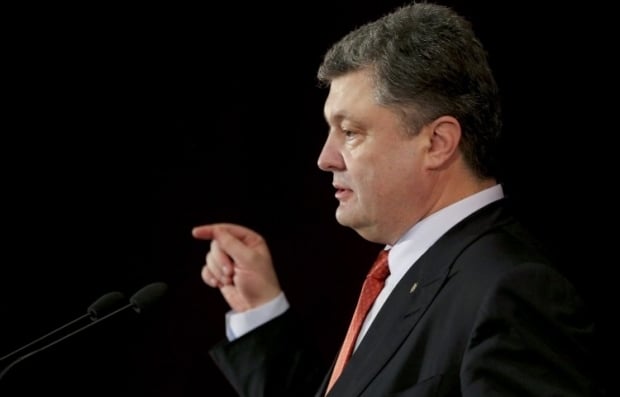 "Decentralization will not weaken central authorities in such issues as defense, national security, rule of law, compliance with civil freedoms, and has nothing in common with federalization," Poroshenko said at Kyiv-Mohyla Academy on Sunday, addressing the academy's graduates.

"I deliberately and voluntarily agree to give a significant part of powers and financial resources to the level of communities. Central government will have only functions of control," he said.

After decentralization, the following steps will be the abolishment of parliamentary and judicial immunity and reformation of the judicial system, he added.

Poroshenko believes that the parliamentary-presidential model of governance is the best for Ukraine and the presidential powers will not be extended.

"On the Day of Constitution, I would like to reiterate my commitment to the parliamentary-presidential model that was restored in Ukraine after the Revolution of Dignity. Present form of government is optimal for Ukraine. I call on politicians to stop instigating people with empty chatter and start learning the art of compromise," he said.