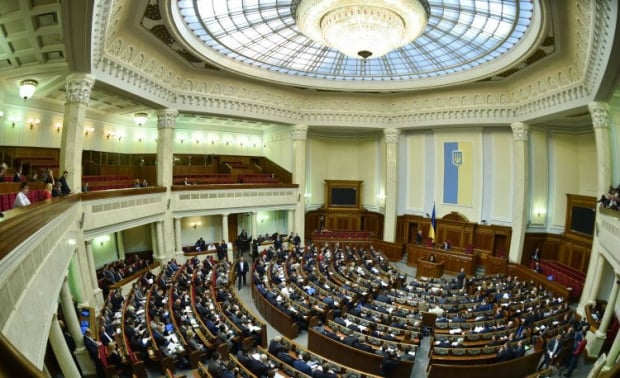 The Opposition bloc abstained from voting / Photo from UNIAN

The whole faction of the Opposition bloc abstained from voting.

The parliament did not support the amendment providing for the structure of a central body of the police to be approved by a head of police.

Chairman of the President’s faction Yuriy Lutsenko said that supporting such an amendment would allow police to become independent of a political power, which is represented by a minister of the interior.

MP from the People's Front Anton Herashchenko suggested the regulation that the structure of the central governing body of the National Police should be approved by a head of police in coordination with a minister of the interior, and such amendment was included in the law.

The law stipulates that territorial police bodies shall be formed, eliminated and reorganized by the Cabinet of Ministers upon the submission by a minister of the interior on the proposal of a head of police.

Lutsenko said that another feature of this law was that "chiefs of central and local bodies of the National Police shall be assigned to 4 or 2 years’ contract, and it will protect them in the event of any changes in the political situation in Ukraine.

He stressed that the law clearly states the rights and duties of the police officers.

"For the first time it’s not just the regulations, but the law clearly spells out, in which case police officers may stop persons for inspection, detain them or apply certain police measures," said Lutsenko.

According to him, it clearly states when “handcuffs, rubber batons, water cannons, gas and stun grenades, and firearms" shall be used.

Failure to comply with these provisions will be a criminal offense, since it is not just a violation of a government regulation, according to Lutsenko.

According to him, the law provides that a local government may deny confidence to a local chief of police at a district or regional level, which increases the area of ​​control over the legality and effectiveness of police.

Lutsenko said that the citizens who want to join the police forces shall compete for posts, and even polygraph tests will be passed by the candidates upon their consent.

According to the law, the police officers are prohibited to express personal attitude toward political parties while on duty. They also must not use official authority for political purposes.