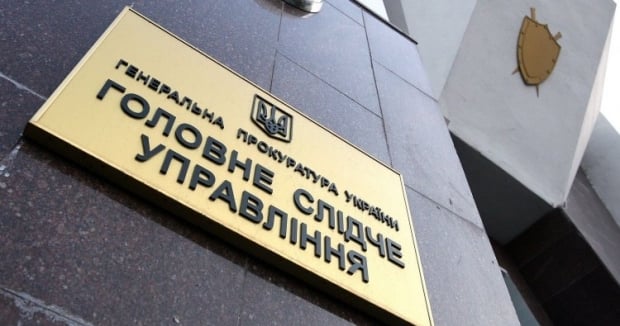 "There could be no conflicts between members of the panel and myself a priori. Information that criminal proceedings were opened supposedly on my instructions and that I initiated an investigation is not true. No criminal proceedings have been brought against Davit Sakvarelidze and could not have been brought. Davit Sakvarelidze heads a unit that investigates crimes committed by prosecutors, and he is also in charge of these criminal cases [opened against the first deputy chief of the Main Investigation Department of the Prosecutor General's Office (PGO) and the deputy prosecutor of Kyiv region, who are suspected of taking bribes on a large-scale basis]," Huzyr said.

As was reported earlier, Deputy Head of the PGO Main Investigation Department Volodymr Shapakin and Deputy Prosecutor of Kyiv region Oleksandr Korniets were arrested in Kyiv on suspicion of taking large-scale bribes.

However, Huzyr said, an internal investigation into whether the law enforcement officers who were conducting the search at the PGO Main Investigation Department and at the Kyiv Prosecutor's Office had exceeded authority was completed, news.liga.net reported.

Huzyr said that the internal investigation had not revealed any grounds for opening a prejudicial inquiry against the officers.

"But, adhering, as he thought, to the principle of urgency and secrecy, as he had no right to divulge the instructions given by the prosecutor [Sakvarelidze] who was in charge of the criminal proceedings ... they [the prosecutors and SBU security service officers who were conducting the search] burst the door in, having damaged its electronic lock. As soon as they came in, I immediately got a call from the guards <...> I sorted out that situation and, as the acting Prosecutor General, authorized the investigator to carry out the necessary procedural investigative measures, which he recorded properly and withdrew the things he thought to be evidence. Due to the fact that it was a high security facility, I ordered to conduct the internal investigation," Huzyr said.

Commenting on the detention of the two prosecutors, Sakvarelidze later said that the Kyiv prosecutors being directed by "a high-ranker" from the PGO who imagined to have immunity from prosecution were extorting money from a businessman whose core business is sand extraction.

"The actions of the corrupt officials will be qualified under Part 4 of Article 368 of the Criminal Code of Ukraine, which provides one single option [as the punishment] – imprisonment from 8 to 12 years, with deprivation of the right to hold posts, special confiscation and seizure of property. We will push for the toughest possible pre-trial restrictions," Sakvarelidze said.