Secret flight of Yanukovich officials to Russia during Maidan 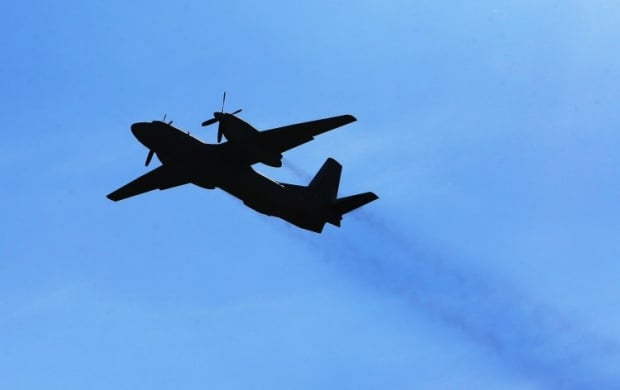 Russian aviation structures won the court case against Ukrainian Ministry of the Interior (precisely, its department of internal military forces) regarding debts for services provided to the AN-26 military cargo aircraft that had gone on a secret flight to Russia amid the Revolution of Dignity.

According to the Russian newspaper, the AN-26 aircraft made two secret flights in February 2014, one of which could carry to Russia the property of the entourage of Viktor Yanukovych, while the flight back might have brought to Kyiv non-lethal weapons to be used by the Berkut special police forces against the protesters.

"Senior officials used the military aircraft for the salvation of their families and property," said a source in the Russian Air Traffic Management (ATM) state corporation. According to the newspaper’s interlocutor from the circles close to the aviation services, the AN-26 aircraft was loaded with furniture, paintings, and jewelry when flying to Russia.

According to the sources in Russia’s security structures, the plane carried no cargo to Russia, but took back rubber bullets, stun grenades and equipment for the Ukrainian Berkut special police forces .

Legal proceedings over the "classified" flight began on October 2, 2014. The ATM, subordinate to the Russian aviation corporation, which provides air navigation services and safety, filed a suit to the Moscow Arbitration Court with a demand to charge a fee for providing air traffic services over Russian territory to an aircraft owned by military unit No 2269 (Aviation unit of the Ministry of the Interior of Ukraine, located in the city of Alexandria, Kirovohrad region).

The claim states that an agreement on air navigation services was signed in September 2010 between the defendant and Russia's Federal Air Transport Agency. According to this agreement, the ATM has provided air navigation services to the AN-26 aircraft belonging to military unit No 2269 in February 2014, on its route to one of the Russian airfields and back.

The journalists asked ATM Deputy Director for International Cooperation and Protocol Nikolay Ivashov to comment on the issue, but the official refused, saying that all the information about the flight is classified.