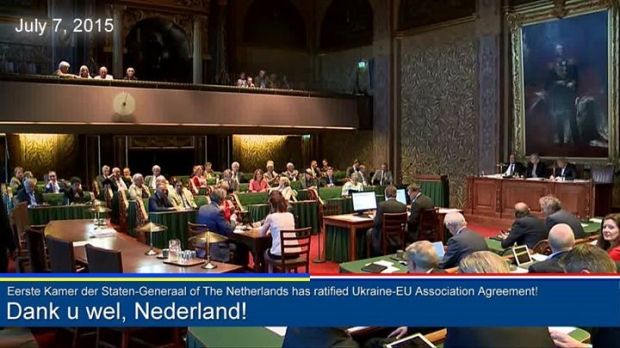 The Senate of the Netherlands has approved the EU-Ukraine Association Agreement / Screenshot from facebook.com/UkraineEmbNL

Posted by Embassy of Ukraine in the Kingdom of the Netherlands on 7 Июль 2015 г.

Thus the process of the ratification of the Agreement by the Dutch Parliament has been completed.