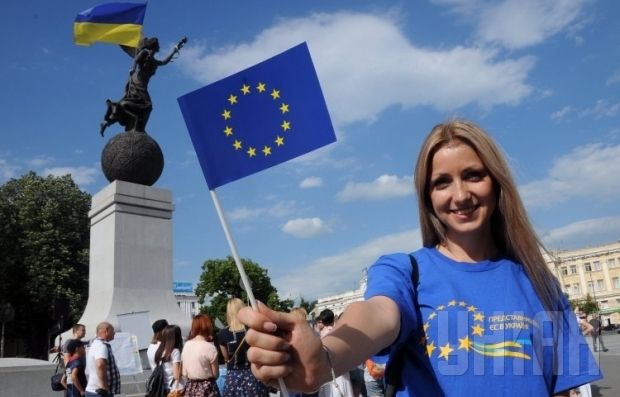 Positive assessment was voiced during a meeting of the representatives of Ukraine and the EU on visa-free dialogue, which was held in Brussels today.

"The EU representatives commended Ukraine’s work throughout the period since the publication of the Report [of the European Commission on the implementation of the Action Plan on visa regime liberalization], and expressed hope that the steps planned by the Ukrainian side will be taken on time and ensure implementation of the recommendations that are still left to fulfill," reads the Mission’s statement.

Ukrainian delegation was headed by Deputy Foreign Minister for European Integration Olena Zerkal, while the EU was represented by Matthias Ruete, Director General of the Directorate General for Migration and Home Affairs.

Preparations for the expert missions to assess the progress achieved by Ukraine in September-October 2015 were also on the agenda.

The final report of the European Commission is expected to be released before the end of this year.

UNIAN has earlier reported that a key priority for Ukraine to complete the second stage of the Action Plan is a sustainable implementation of legal and institutional framework, in particular in areas such as the fight against corruption, organized crime, human trafficking, and discrimination.

On June 03, Ukrainian President Petro Poroshenko gave instructions at the meeting of the National Council for Reforms to develop a clear "road map" of actions to ensure preparedness for the introduction of a visa-free regime with the EU.

The Head of State stressed that all the technical challenges must be tackled until August 17, that is improving legislation on the fight with corruption, improving integrated border management, providing access to databases, more efficient operation of border guard service and its interaction with Interpol.

In 2013, Ukraine has completed the so-called first stage of implementation of the Action Plan on visa liberalization and has been working on its second stage since September 2014 by implementing the adopted legislation.